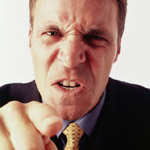 While I read this article, I nearly started crying. Some of these stories were so familiar with me and others that I know.

I lost my job about a year ago. After the bad news, I was of course shaken, but not at all surprised. I was worried about finances and healthcare. I was worried because, let’s face it, I am a little long in the tooth.

The Director of the 12 person department seemed professional enough when I first started my position. He was loud, though, had a caustic since of humor and I began noticing within a few days some inappropriate behavior. On my third day he walked up to one of my coworkers (a female) said loudly, “So. You decided to come in today without fixing your hair. HAHAHAHAHA.” I was stunned and embarrassed. My new coworker could not really make eye contact, but, managed a giggle. She had worked for this man for years. I don’t think that the Director noticed that no one else was laughing and even acting as if nothing had just happened.

His job description seemed to be 8th grade playground bully. That’s how he behaved. The pleasure he derived from his horrible behavior was apparent. I don’t think this man knew I could hear every ranting, loud conversation clearly, word for word through the walls of our adjacent offices, even when the door was shut. How he criticized people was appalling. Meetings were torture sessions. No wonder 9 people left a 12 person department in 3 years.

My Team Leader was just the same with her behavior. It started the moment we began working together on training for my position. It was a constant series of bad information and incomplete information. My attempts to fill in the blanks by asking questions turned into a nightmare. Her condescending way was something I could ignore, but, it was very tiring. It seemed her job description was complaining how hard she worked, keeping the mound of hair piled up on top her head, humiliating everyone she could and long walks in the warehouse with the Director.

Then, the environment would all quiet down for a while. Work was getting done as needed. Something that resembled camaraderie existed in the department for a while. If a new project was assigned, the whole cycle of bad information, missing information and the public humiliation would begin, again. After many cycles of this behavior I just started to document everything that happened.

The depression came along with constant exhaustion. I would not talk with my friends. My blood pressure was up and I was prescribed sleeping meds. My husband and I had very tense evenings during the week. I tried therapy to see if there were things on my end to improve the situation. The therapist said the environment I was in was abusive, not too unlike spousal abuse.

My last year of the position, the humiliation and the vitriol just escalated. It was full court press right on all of us that worked there, but, the Director was particularly harsh on me. Business had fallen off; operational issues were like land mines everywhere. Bad management decisions were making the job extremely difficult. I spent more time being reprimanded than actually being able to do things to alleviate the situation. Here I was an HOURLY employee following management decisions. I was being blamed for their bad ideas and situations I had no control.

The day I knew was coming arrived, lunch time on a Friday. I was handed the “right to work state” procedural paperwork to evacuate my desk and I was on my way. I was told by the Director that he would give me an “excellent” recommendation. If that was sincere or not, I’ll never know. It was about the only nice thing he said to me in nearly 4 years.

That last day was a blessing for me. Since then, I have rediscovered old interests and started new ones. I have found many friends from my past. I am making new friends and acquaintances (hard for me because I am some what introverted.) With the job market as bad as it is it is one day at a time. Piecemeal work happens with adventures in between. I’m broke. I have many worries, but few humiliations. My husband I have more time together. I am much happier.

I still have that giant file of all the documentation of the episodes of inappropriate behavior and abuse. I keep it in my bookcase. An attorney friend looked at it and said I had quite a case that may have merit.

I don’t think I’ll pursue it. I don’t want to relive that episode of my life.