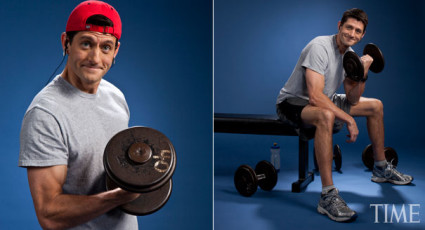 House Budget Committee Chairman Paul Ryan (R-WI) said Monday that he’s focused primarily on addressing poverty, a week after he complained that the farm bill did not include enough cuts to the food stamp program.

“Look, I’m a conservative who believes that our constitutional principles, founding principles are the key principles for the day and they’re the best if applied to our problems to solve problems,” Ryan said during an appearance on MSNBC’s “Morning Joe.” “And we need to have that kind of temperament. This is why I’m focused on poverty these days, this is why I’m focused on — we’ve got the 50th anniversary of the war on poverty coming up next year. We don’t have much to show for it.”

He argued that “there are better ideas that we can use to approach and attack the root causes of poverty” and that the right “should not cede the moral high ground on this issue.”

The Wisconsin Republican voted against the farm bill that failed in the House of Representatives last week. In a floor statement, Ryan lamented that the farm bill proposed only “modest changes” to the food stamp program, which he said had grown at an alarming rate. Ryan did, however, vote for an amendment to the farm bill authored by Rep. Steve Southerland (R-FL) that would have applied federal work requirements to the food stamp program, a measure that cost the legislation Democratic votes.