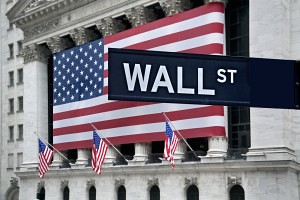 A very powerful op-ed in yesterday’s Times written by a former hedge fund trader. I strongly recommend reading it all, especially the comments:

But in the end, it was actually my absurdly wealthy bosses who helped me see the limitations of unlimited wealth. I was in a meeting with one of them, and a few other traders, and they were talking about the new hedge-fund regulations. Most everyone on Wall Street thought they were a bad idea. “But isn’t it better for the system as a whole?” I asked. The room went quiet, and my boss shot me a withering look. I remember his saying, “I don’t have the brain capacity to think about the system as a whole. All I’m concerned with is how this affects our company.”

I felt as if I’d been punched in the gut. He was afraid of losing money, despite all that he had.

From that moment on, I started to see Wall Street with new eyes. I noticed the vitriol that traders directed at the government for limiting bonuses after the crash. I heard the fury in their voices at the mention of higher taxes. These traders despised anything or anyone that threatened their bonuses. Ever see what a drug addict is like when he’s used up his junk? He’ll do anything — walk 20 miles in the snow, rob a grandma — to get a fix. Wall Street was like that. In the months before bonuses were handed out, the trading floor started to feel like a neighborhood in “The Wire” when the heroin runs out.

I’d always looked enviously at the people who earned more than I did; now, for the first time, I was embarrassed for them, and for me. I made in a single year more than my mom made her whole life. I knew that wasn’t fair; that wasn’t right. Yes, I was sharp, good with numbers. I had marketable talents. But in the end I didn’t really do anything. I was a derivatives trader, and it occurred to me the world would hardly change at all if credit derivatives ceased to exist. Not so nurse practitioners. What had seemed normal now seemed deeply distorted.

I had recently finished Taylor Branch’s three-volume series on the Rev. Dr. Martin Luther King Jr. and the civil rights movement, and the image of the Freedom Riders stepping out of their bus into an infuriated mob had seared itself into my mind. I’d told myself that if I’d been alive in the ‘60s, I would have been on that bus.

But I was lying to myself. There were plenty of injustices out there — rampant poverty, swelling prison populations, a sexual-assault epidemic, an obesity crisis. Not only was I not helping to fix any problems in the world, but I was profiting from them. During the market crash in 2008, I’d made a ton of money by shorting the derivatives of risky companies. As the world crumbled, I profited. I’d seen the crash coming, but instead of trying to help the people it would hurt the most — people who didn’t have a million dollars in the bank — I’d made money off it. I don’t like who you’ve become, my girlfriend had said years earlier. She was right then, and she was still right. Only now, I didn’t like who I’d become either.

Wealth addiction was described by the late sociologist and playwright Philip Slater in a 1980 book, but addiction researchers have paid the concept little attention. Like alcoholics driving drunk, wealth addiction imperils everyone. Wealth addicts are, more than anybody, specifically responsible for the ever widening rift that is tearing apart our once great country. Wealth addicts are responsible for the vast and toxic disparity between the rich and the poor and the annihilation of the middle class. Only a wealth addict would feel justified in receiving $14 million in compensation — including an $8.5 million bonus — as the McDonald’s C.E.O., Don Thompson, did in 2012, while his company then published a brochure for its work force on how to survive on their low wages. Only a wealth addict would earn hundreds of millions as a hedge-fund manager, and then lobby to maintain a tax loophole that gave him a lower tax rate than his secretary.

DESPITE my realizations, it was incredibly difficult to leave. I was terrified of running out of money and of forgoing future bonuses. More than anything, I was afraid that five or 10 years down the road, I’d feel like an idiot for walking away from my one chance to be really important. What made it harder was that people thought I was crazy for thinking about leaving. In 2010, in a final paroxysm of my withering addiction, I demanded $8 million instead of $3.6 million. My bosses said they’d raise my bonus if I agreed to stay several more years. Instead, I walked away.

The first year was really hard. I went through what I can only describe as withdrawal — waking up at nights panicked about running out of money, scouring the headlines to see which of my old co-workers had gotten promoted. Over time it got easier — I started to realize that I had enough money, and if I needed to make more, I could. But my wealth addiction still hasn’t gone completely away. Sometimes I still buy lottery tickets.

In the three years since I left, I’ve married, spoken in jails and juvenile detention centers about getting sober, taught a writing class to girls in the foster system, and started a nonprofit called Groceryships to help poor families struggling with obesity and food addiction. I am much happier. I feel as if I’m making a real contribution. And as time passes, the distortion lessens. I see Wall Street’s mantra — “We’re smarter and work harder than everyone else, so we deserve all this money” — for what it is: the rationalization of addicts. From a distance I can see what I couldn’t see then — that Wall Street is a toxic culture that encourages the grandiosity of people who are desperately trying to feel powerful.

I was lucky. My experience with drugs and alcohol allowed me to recognize my pursuit of wealth as an addiction. The years of work I did with my counselor helped me heal the parts of myself that felt damaged and inadequate, so that I had enough of a core sense of self to walk away.

Dozens of different types of 12-step support groups — including Clutterers Anonymous and On-Line Gamers Anonymous — exist to help addicts of various types, yet there is no Wealth Addicts Anonymous. Why not? Because our culture supports and even lauds the addiction. Look at the magazine covers in any newsstand, plastered with the faces of celebrities and C.E.O.’s; the superrich are our cultural gods. I hope we all confront our part in enabling wealth addicts to exert so much influence over our country.

I generally think that if one is rich and believes they have “enough,” they are not a wealth addict. On Wall Street, in my experience, that sense of “enough” is rare. The money guy doing a job he complains about for yet another year so he can add $2 million to his $20 million bank account seems like an addict.

I recently got an email from a hedge-fund trader who said that though he was making millions every year, he felt trapped and empty, but couldn’t summon the courage to leave. I believe there are others out there. Maybe we can form a group and confront our addiction together. And if you identify with what I’ve written, but are reticent to leave, then take a small step in the right direction. Let’s create a fund, where everyone agrees to put, say, 25 percent of their annual bonuses into it, and we’ll use that to help some of the people who actually need the money that we’ve been so rabidly chasing. Together, maybe we can make a real contribution to the world.

One thought on “Money addict”