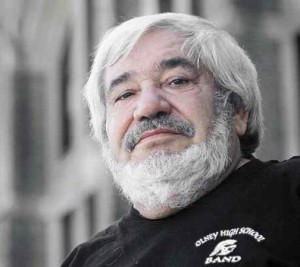 I remember when this happened. Joaquin Rivera, musician and activist, a wonderful, hard-working man who was loved and respected by his community, died of a heart attack in the ER waiting room and his lifeless body was then was robbed by junkies.

This, by the way, is the same hospital to which I was taken by the city’s EMTs when I had pancreatitis. The same lousy hospital that first diagnosed me, then told me it was a mistake, there was nothing wrong. How did I get the positive test? I asked the doctor. I don’t know, he said, shrugging.

Now I know better. When the gallstone was stuck, my pancreas were inflamed. When it finally passed, the test was negative. This doctor either did know this, or should have known this. I think he pretended not to know, because it was a medical emergency and the hospital did not want to be on the hook for the cost of my gall bladder surgery.

Let me tell you the difference between a crappy Tier 1 hospital and the reassuring efficiency of a Tier 3 facility: Joaquin Rivera wouldn’t have still been in the waiting room. When a patient presents with cardiac symptoms at a Tier 3 hospital, the triage nurse sees you immediately and you’re a priority. Because, you know, death.

This all came back to me the other night, when I was helping my son sign up for Obamacare. Once again, I was hit with a wave of disgust at how the cheapest plan restricted poor people to the worst hospitals in the city.

And what I wanted to say is, that while I’m happy with the plan I got (and my kid got), the fight doesn’t end here. Bad care is bad care, and injustice anywhere is still injustice everywhere.