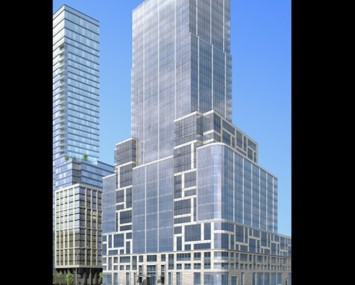 Because God forbid the worthies might brush shoulders with the poors!

The push to ban “poor doors”—entrances that spare market-rate tenants from being forced to share an entrance with their less fortunate neighbors—wasn’t quick enough to stop the glass-bound luxury condo at 40 Riverside Boulevard. The Post reports that developer Extell has the green light from the HPD to construct a separate door for the building’s 55 affordable units.

Those 55 apartments, which are located in a separate “building segment” that faces the street, will rent for 60% of the area median income ($51K for a family of four), while 219 nicer, river-facing condos will likely be obscenely expensive.

Extell’s largesse is being rewarded with a “floor area bonus” under the Bloomberg-era voluntary inclusionary zoning program, and they plan to sell that land to other developers at a profit [PDF].

One thought on “Poor doors!”