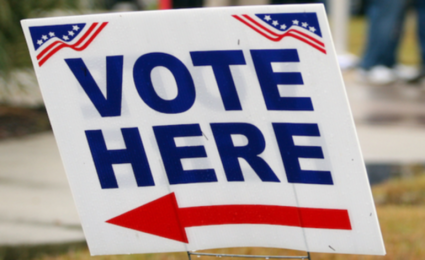 Looks a lot like the old Jim Crow, doesn’t it?

ATLANTA, GEORGIA—On Tuesday, Judge Christopher Brasher of the Fulton County Superior Court denied a petition from civil rights advocates to force Georgia’s Secretary of State to process an estimated 40,000 voter registrations that have gone missing from the public database.

Though early voting is well underway in the state, Judge Brasher called the lawsuit “premature,” and said it was based on “merely set out suspicions and fears that the will fail to carry out their mandatory duties.”

[…] The New Georgia Project, who spearheaded the voter registration drive and brought the lawsuit against the state, vowed Tuesday to “continue to pursue all legal avenues available.” But with the election mere days away, there may be little remedy for the tens of thousands of people who submitted all necessary documents, but have still not received a registration card. Four of those impacted voters were present at the court hearing, but were denied the opportunity to testify.

Dr. Francys Johnson, President of the Georgia NAACP, who represented the 40 thousand voters in the court, called the ruling “outrageous.”

“All in all – a republican appointed judge has backed the republican Secretary of State to deny the right to vote to a largely African American and Latino population,” Johnson wrote in a press release.

One thought on “The new ‘enlightened’ Georgia”