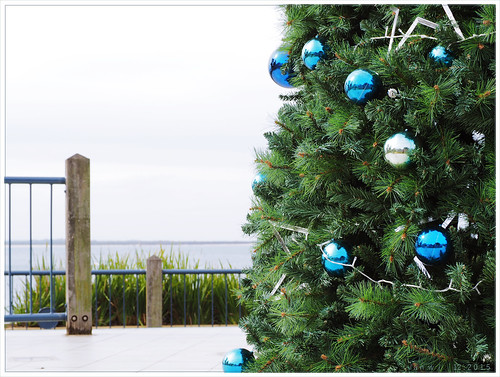 This is pretty funny. Yeah, I prefer a real tree — but I prefer not to get sick as a dog when I’m around it, so I have a fake one:

To the canon of Christmas conflicts—the Grinch and the Whos, the Ebenezer Scrooge and Bob Crachit, Rudolph and those jerk reindeer who wouldn’t let him play—add this lesser-known rivalry between two trade organizations responsible for the fake and real trees decking the halls of an estimated 99 million US homes each Christmas.

Their mutual resentment has resulted in public jabs, negative advertising, and accusations that the other is spreading lies and misinformation.

NCTA executive director Rick Dungey blames the ACTA for annual rumors that drought or other environmental conditions are hurting the natural Christmas tree supply. Dungey does not think highly of ACTA’s products or the ACTA itself.

“I call them what they are: plastic tree-shaped decorations. I don’t even call them Christmas trees,” Dungey told Quartz by phone. “I don’t think you should represent yourself as an expert on something when you’re actually not.”

The ACTA was started in 2008 by Thomas Harman, founder and CEO of Balsam Brands, wholesalers of high-end artificial trees. When asked by the Stanford Graduate School of Business to name the greatest innovation of the last 10 years, Harman responded, “Realistic artificial Christmas trees.”

In Warner’s version, the ACTA is an unwilling participant in an annual war of prickly words.

But the ACTA’s website kind of does, with copy pressing a subtle but insistent pro-tree message.