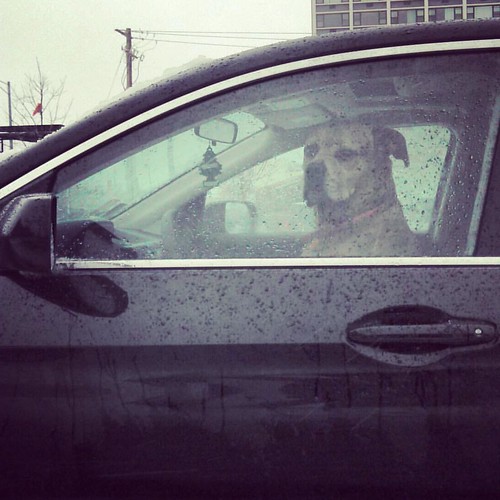 This article certainly cheered me up in the new year. Not everyone lives in places where Uber is used heavily, but I can already see them eventually putting the taxis out of business. (One solution, of course, is to stop charging so much for taxi medallions and allow owners and lessees to put more money into upgrades.) I can’t believe I even have to argue with progressives about this — principles can’t simply be a matter of convenience:

In August 2013, Liss-Riordan filed a class-action lawsuit in a federal court in San Francisco, where Uber is based. Her argument hinged on California law, which classifies workers as employees if their tasks are central to a business and are substantially controlled by their employer. Under that principle, the lawsuit says, Uber drivers are clearly employees, not contractors. “Uber is in the business of providing car service to customers,” notes the complaint. “Without the drivers, Uber’s business would not exist.” The suit also alleges that Uber manipulates the prices of rides by telling customers that tips are included—but then keeps a chunk of the built-in tips rather than remitting them fully to drivers. The case calls for Uber to pay back its drivers for their lost tips and expenses, plus interest.

[…] Some observers have suggested creating a new job category between employee and contractor. But Liss-Riordan is tired of hearing that labor laws should adapt to accommodate upstart tech companies, not the other way around: “Why should we tear apart laws that have been put in place over decades to help a $50 billion company like Uber at the expense of workers who are trying to pay their rent and feed their families?”

For the most part, courts have sided with her. Last March, a federal court in San Francisco denied Uber’s attempt to quash the lawsuit, calling the company’s reasoning “fatally flawed” (and even citing French philosopher Michel Foucault to make its point). In September, the same court handed Liss-Riordan and her clients a major victory by allowing the case to go forward as a class action. The judge in the Lyft case has called the company’s argument—nearly identical to Uber’s—”obviously wrong.” Last July, the cleaning startup HomeJoy shut down, implying that a worker classification lawsuit filed by Liss-Riordan was a key reason.

Meanwhile, other sharing-economy startups are changing the way they do business. The grocery app Instacart and the shipping app Shyp—Liss-Riordan has cases pending against both—have announced they will start converting contractors to full employees. Liss-Riordan says that’s her ultimate goal: to protect workers in the new economy, not to kill the innovation behind their jobs. “This is not going to put the Ubers of the world out of business,” she says.

Progressives don’t like to talk about Uber, because they really like to use the service. But that comfort and convenience is at the expense of the drivers! Explain to me how this is any difference from the many trucking companies who, in the 90’s, sold or leased their trucks to drivers, reclassified them as contractors, and made them responsible for repairs. We organized against that; we should be supporting Liss-Riordan’s lawsuit, as well.