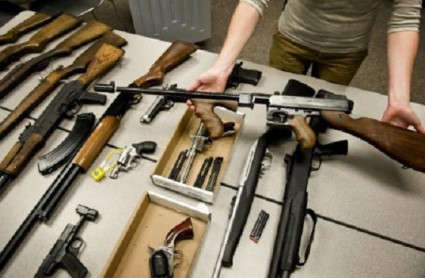 Not sure how this will work — I imagine a lot of cops won’t want to be bothered, because it will be very dangerous when they have to seize the weapons. But it’s a start, right?

A California gun statute going into effect on 1 January gives the police or family members the option to petition the courts to seize the guns and ammunition of someone they think poses a threat, the first law of its kind in the country.

But the “gun violence restraining order” law, passed last year, has raised concerns from lawmakers and pro-gun groups about civil liberties and questions about how effective it will really be.

Modeled after firearms prohibitions in domestic violence restraining orders, the statute allows for law enforcement or “immediate family members” to ask a judge for a restraining order if they feel that someone is a danger to themselves or others. The order would also bar the person from purchasing a firearm by placing them on the state’s do-not-buy list.