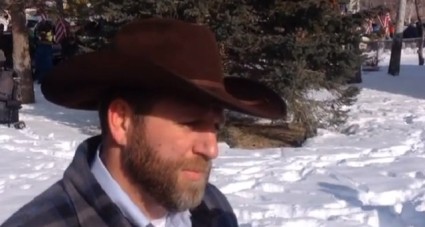 These morons. Shaking my head:

HARNEY COUNTY, Ore. — KATU News has learned the leader of the armed occupation at Malheur Wildlife Refuge, Ammon Bundy, has been detained and one person is dead following a confrontation with law enforcement officials Tuesday night.

Officials said it all began with a traffic stop while Bundy and some of his followers were en route to a community meeting in John Day, about 70 miles away.

Shots were fired after FBI agents, Oregon State troopers and other law enforcement agencies made the stop. CNN reports its unclear who fired first.

Details of the arrest and confrontation remain unknown, but charges are pending related to the group’s 25-day takeover of the wildlife refuge.