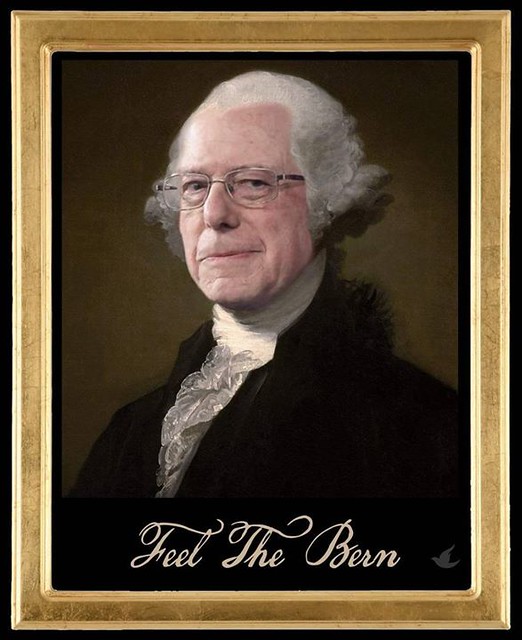 LOS ANGELES (AP) — Bernie Sanders predicted Monday that the Democratic National Convention in Philadelphia could be “messy” as he pushed the party to adopt his progressive agenda, but added: “Democracy is not always nice and quiet and gentle.”

The Democratic presidential candidate said in an interview with The Associated Press that his supporters hoped to see a platform at the July convention that reflects the needs of working families, the poor and young people as opposed to one that represents Wall Street and corporate America.

The Vermont senator said he will “condemn any and all forms of violence” but his campaign was bringing in newcomers to the process and first-time attendees of political conventions. He said the Democratic party could choose to be more inclusive.

Inclusive of non-Democrats? I am so sick of his grandiose bullshit. This guy, who hates Democrats, has always said he would never be a Democrat, and who’s been a Democrat, what, all of six months, is making pronouncements and is going to start fights? Fuck you, go start your own goddamned party. He will “condemn any and all forms of violence BUT” … “but” meaning, he’s not going to do a damn thing to stop it.

I can’t wait until he gets his ass kicked June 7.