Find an event near you. Show up.

Don’t let them steal it this time.

A thread on impeachment. I staffed a Blue Dog for 3 yrs & a moderate House D for 7 more—including 5 yrs as her Washington Director. Technically, I’ve covered every issue before the federal govt but really, my only true area of expertise is Member of Congress psychology.

People say: impeachment isn’t popular. But that’s backwards. Dem leadership has enormous power to shape public opinion and national politics (inside and outside of the Caucus), not simply follow them.

Impeaching Nixon wasn’t popular at the outset either, but showcasing his crimes in well-coordinated hearings played on the nightly news led to a dramatic shift in public opinion. Or at least that’s what the historians say.

It’s also not at all clear that impeaching Clinton actually hurt Republicans as much as pundits would have us believe.

And, of course, the crimes Trump has committed are much, much worse and he’s far more personally unpopular. Like, *historically unpopular.*

Meanwhile, members truly are influenced by pressure from their constituents, their peers, and their leaders. I’ve seen it. Dem leadership making the case for impeachment w/a clear, unambiguous, unified voice would make a huge difference, both outside and inside the caucus.

Instead, trying to avoid impeachment when Trump’s actions are so blatant, so egregious takes a psychological toll on the caucus (seriously). It’s like staying quiet when you see abuse. Moral negligence is also harder to maintain, which is why Dems have bungled it so badly.

Pelosi hasn’t *only* been prioritizing the concerns of her nervous frontline members, she’s *also* been lobbying the rest of the caucus against impeachment. Not impeaching term-limited GWB despite activist calls was probably the right call in ’07. But it’s dead wrong now.

Democrats putting all of their hopes on winning the election (a la 2016) aren’t being upfront that they’re playing a rigged game— one rigged ‘legally’ via the electoral college & voter suppression *and* illegally via foreign interference.

Real, coherent, well-managed impeachment proceedings protect against some of that illegal rigging, making it much harder for Trump to undertake (as much) corrupt election tampering.

Like the kind he’s already engaging in! It’s hardly a coincidence that his Ukraine call happened the day after he thought the Mueller report was truly dead.

People say: it’ll hurt the Democratic majority. Look, I lovegood policy, I’ve devoted my career to it, but this election’s not going to be about Dems’ new Rx pricing bill or even (for most) about guns. It’s going to be a referendum on Trump. Period.

I repeat, this election will be a referendum on Trump… and as a corollary, on Democrats’ seriousness as defenders of the Constitution.Dems can use that reality to their advantage or not. But forcing GOP senators to take an affirmative vote to protect Trump after the country has watched a forceful prosecution of his crimes arguably helps Ds reclaim the Senate as much as it jeopardizes control of the House.

GOP senators are *loathe* to vote on impeachment for good reason. Susan Collins doesn’t want to take that vote. Cory Gardner, Martha McSally, Thom Tillis… they don’t want to take that vote. Let’s make them. Best reason for House impeachment vote — beyond fact that Ukraine offense is so outrageous — is it will put GOP Senators on the real spot and discover if they believe in rule of law or not. Time to force the issue.

Don’t forget to call your senators, too! Senators can’t start the impeachment process but House members *do* pay attention to what the rest of the delegation is doing. Plus, having a senator come out in support prompts local reporters to ask for the House members’ response.

*Don’t* call Pelosi (unless you live in SF) or electeds who don’t represent you, they don’t care. *Do* call your friends & family members who live in those other places and tell *them* to call. Sincerely, 10-year House staffer who answered 100s of constitution calls. 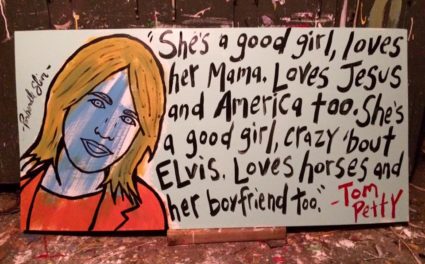