Nursing home abuse is a growing epidemic within the country. And in South Carolina, it seems to be growing by the day. In 2016, 7,100 vulnerable adults suffered some type of abuse, a number that increased by an astounding 140 percent since 2010.

South Carolina’s Adult Protective Services is trying to help as many of these people as they can, finding them beds or homes when they no longer have one of their own. To do it however, they need more funding. It was with that knowledge that they have recently placed an appropriations request within the Legislature.

That appropriations request is asking the government to increase the state funds for vulnerable adults by $2 million. Currently their budget is $3 million and that amount is simply not enough. Considering that Child Protective Services is currently funded at $72 million, it is easy to see how severely vulnerable adults within the state are being overlooked.

“When a child can no longer remain in their own home, they are placed into a foster home,” says Summerville personal injury attorney Lad Howell of Howell & Christmas. “But vulnerable adults have no place to go.”

The problem is that these adults are not sick. They simply have no other place to go. So, until a nursing home or another facility could admit them, their only choice is to remain in the emergency room. This is damaging to vulnerable adults because they are not getting the proper therapy they need including physical therapy and speech therapy. But it is also detrimental to the communities those hospitals serve.

While doctors and nurses are busy trying to find a placement for each vulnerable adult, they could be seeing thousands of patients. Not to mention that it is also costing the taxpayers thousands of dollars each year.

Taxpayers are also paying for pricey Medicaid beds in nursing homes when there is a vulnerable adult that needs nursing home services but has no way of paying for it themselves – a problem that many adults face every day in South Carolina.

But the appropriation bill, if passed, could change all that. In addition to the 85 caseworkers Adult Protective Services currently has, the funds being asked for could allow them to hire and train 33 more. It would also open up 15 emergency room beds that would give vulnerable adults a place to stay temporarily until another solution could be found.

And while there would still be waiting lists and a need for emergency rooms, a solution is needed. The passing of this appropriation bill would be a step in the right direction for vulnerable adults that deserve proper care just like anyone else. 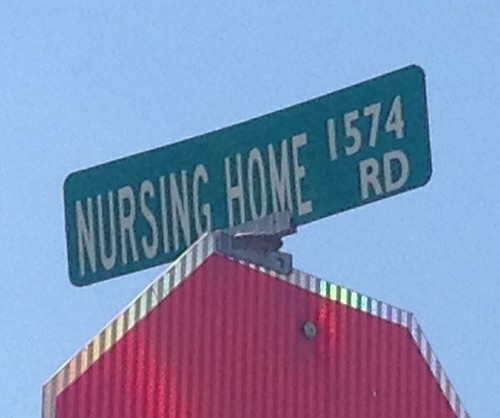 Last year, a new rule went into effect that gave that right back to nursing home patients and their families. They were no longer forced to settle through arbitration if their loved one had suffered abuse, neglect, sexual assault, or wrongful death. This new rule was ordered by the Centers for Medicare and Medicaid Services (CMS).

In response, the nursing home industry filed a lawsuit, claiming that the CMS did not have the authority to make that rule change. A judge issued a preliminary injunction until the case could be heard in court.

It looks like that will not be happening, however, as the CMS recently announced it would not be fighting the lawsuit, but will instead reverse the rule, claiming that it put an “unnecessary burden on nursing homes.”

The only requirement of the binding arbitration clause now is that it needs to be in clear and easy to understand language. In addition to the for-profit nursing homes, there were other businesses and organizations who were in favor of mandating binding arbitration, including the U.S. Chamber of Commerce. All of these groups argued that lawsuits were costly and time-consuming.

However, the majority of public comments made in favor of keeping the rule came directly from nursing home abuse victims and their families, who share details of horrific abuse and neglect that were inflicted upon elderly patients. A spokesperson for CMS said the agency was reviewing all public comments pertaining to said abuses and negligence. They have three years to issue a final rule; however, the spokesperson said that it may be issued sooner.

Upon hearing of the agency’s decision to reverse their rule, Attorney Darryl Kogan commented, “This is appalling. Without the threat of having to answer in a court of law, nothing holds these facilities accountable. The terrible abuses our seniors suffer need to stop and this is not going to help.”