Let’s get Beto across the finish line:

The Texas Senate race between Sen. Ted Cruz (R-Texas) and Rep. Beto O’Rourke (D-Texas) is neck and neck, according to a new poll released Wednesday.

The 2018 Texas Lyceum Poll showed Cruz leading O’Rourke by a hair — 41-39 percent among likely voters. That’s well within the survey’s margin of error of 4.67 percentage points.

That’s a particularly tight margin for Texas, which has not elected a Democrat to the Senate in three decades. 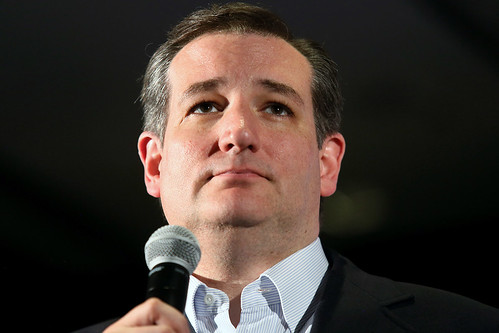 This is me, sounding the alarm as loudly as I can. Please take your attention off whatever has you distracted right now and look over here at Ted Cruz and Mitch McConnell as the health care horsetrading continues. Axios reports that there are a lot of bribe efforts underway. An administration source told their reporter “I… END_OF_DOCUMENT_TOKEN_TO_BE_REPLACED

Ted Cruz Has Resting Creep Face, And It WILL Cost Him Votes There are plenty of reasons (and I do mean plenty) to avoid voting for Texas Sen. Ted Cruz. However, there’s one reason you could be opposed to Cruz that he has no control over, and you might not be consciously aware of. Did you… END_OF_DOCUMENT_TOKEN_TO_BE_REPLACED 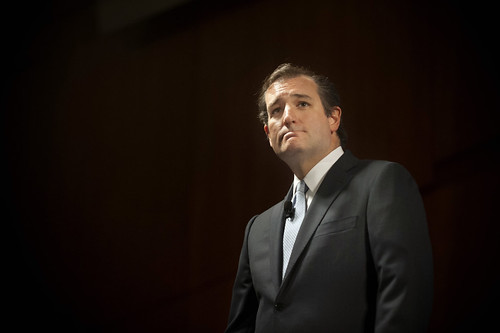 Yet another reason to hate ambitious prosecutors — even though you probably already hated this one:

In 1997, Michael Wayne Haley was arrested after stealing a calculator from Walmart. This was a crime that merited a maximum two-year prison term. But prosecutors incorrectly applied a habitual offender law. Neither the judge nor the defense lawyer caught the error and Haley was sentenced to 16 years.

Eventually, the mistake came to light and Haley tried to fix it. Ted Cruz was solicitor general of Texas at the time. Instead of just letting Haley go for time served, Cruz took the case to the Supreme Court to keep Haley in prison for the full 16 years.

Some justices were skeptical. “Is there some rule that you can’t confess error in your state?” Justice Anthony Kennedy asked. The court system did finally let Haley out of prison, after six years.

The case reveals something interesting about Cruz’s character. Ted Cruz is now running strongly among evangelical voters, especially in Iowa. But in his career and public presentation Cruz is a stranger to most of what would generally be considered the Christian virtues: humility, mercy, compassion and grace. Cruz’s behavior in the Haley case is almost the dictionary definition of pharisaism: an overzealous application of the letter of the law in a way that violates the spirit of the law, as well as fairness and mercy.

Traditionally, candidates who have attracted strong evangelical support have in part emphasized the need to lend a helping hand to the economically stressed and the least fortunate among us. Such candidates include George W. Bush, Mike Huckabee and Rick Santorum.
END_OF_DOCUMENT_TOKEN_TO_BE_REPLACED