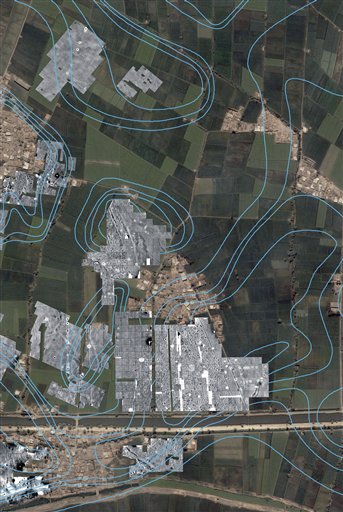 Did I ever mention that when I was a kid, I wanted to be an archeologist? This stuff is so fascinating to me:

CAIRO — An Austrian archaeological team has used radar imaging to determine the extent of the ruins of the one time 3,500-year-old capital of Egypt’s foreign occupiers, said the antiquities department Sunday.

Egypt was ruled for a century from 1664-1569 B.C. by the Hyksos, a warrior people from Asia, possibly Semitic in origin, whose summer capital was in the northern Delta area.

Irene Mueller, the head of the Austrian team, said the main purpose of the project is to determine how far the underground city extends. The radar imaging showed the outlines of streets, houses and temples underneath the green farm fields and modern town of Tel al-Dabaa. Archaeology chief Zahi Hawass said in the statement that such noninvasive techniques are the best way define the extent of the site.