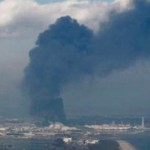 You see, this is why we shouldn’t be regulating job creators. Because otherwise, they’d have to spend every cent they have dealing with problems like this:

(Reuters) – The operator of Japan’s crippled Fukushima nuclear power plant is considering dumping water it treated for radiation contamination into the ocean as early as March, the firm said on Thursday, prompting protests from fishing groups.

Tokyo Electric Power, (Tepco) the utility operating Fukushima’s Daiichi plant, hit by a powerful tsunami in March that caused the world’s worst nuclear accident in 25 years, said it was running out of space to store some of the water it treated at the plant, due to an inflow of groundwater.

“We would like to increase the number of tanks to accommodate the water but it will be difficult to do so indefinitely,” Tepco spokesman Junichi Matsumoto told reporters.

He said the plant was likely to reach its storage capacity of about 155,000 tons around March.

Tepco plans to come up with possible ways to handle radioactive waste and present its proposals to the government’s nuclear regulatory body for approval.

“The government should not, and must not, approve a plan allowing Tepco to dispose treated water in the ocean,” said Kenji Sumita, an emeritus professor at Osaka University who specializes in nuclear engineering.

“The reality is that semipermanent storage is the only solution available under current technological constraints. Tepco may have to find the storage space and look for a technological breakthrough in the coming years that allows it to condense and greatly reduce the volume of tainted water.”