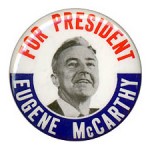 By now it should be obvious that the system, and the Democratic Party, run Obama, not the other way around. Under this arrangement, the president carries out his duties as pre-eminent party functionary — fundraising being at the top of his list of responsibilities — and defers on legislation, leaving it to corrupt Democratic barons such as Sen. Max Baucus (D.-Mont.), devoted friend of the insurance, pharmaceutical, and banking crowd and sworn enemy of reform.

As Ron Suskind’s book “Confidence Men” confirms, there was never any question of doing things differently. Describing the then president-elect’s choice of economic advisers, he notes, “Obama, after all, had selected for his top domestic officials two men [Lawrence Summers and Timothy Geithner] whose actions [in the Clinton Administration] had contributed to the very financial disaster they were hired to solve.” These anti-reform appointments did not go unnoticed by party regulars, even though they were ignored by Obama groupies. “I don’t understand how you could do this,” Suskind quotes Sen. Byron Dorgan (D.- N.D.) saying to Obama. “You’ve picked the wrong people!”

The “wrong people” included Rahm Emanuel, now mayor of Chicago, and his replacement as White House chief of staff, William Daley; both of these advisers were four-star generals within the Chicago Democratic machine who cut their teeth in Washington during the campaign to pass that job-killer North American Free Trade Act and who later worked for investment banks. But Obama’s hypocrisy in Osawatomie, Kan., set a new standard in deception. Among other things, his speech blamed “regulators who were supposed to warn us about the dangers of all this [the unfettered sales of bundled mortgages], but looked the other way or didn’t have the authority to look at all. It was wrong. It combined the breathtaking greed of a few with irresponsibility all across the system.”

What’s truly breathtaking is the president’s gall, his stunning contempt for political history and contemporary reality. Besides neglecting to mention Democratic complicity in the debacle of 2008, he failed to point out that derivatives trading remains largely unregulated while the Securities and Exchange Commission awaits “public comment on a detailed implementation plan” for future regulation. In other words, until the banking and brokerage lobbies have had their say with John Boehner, Max Baucus, and Secretary of the Treasury Tim Geithner. Meanwhile, the administration steadfastly opposes a restoration of the Glass-Steagall Act, the New Deal law that reduced outlandish speculation by separating commercial and investment banks. In 1999, it was Summers and Geithner, led by Bill Clinton’s Treasury Secretary Robert Rubin (much admired by Obama), who persuaded Congress to repeal this crucial impediment to Wall Street recklessness.

And then there’s Afghanistan. Obama should be condemned for escalating this grotesquely expensive, destructive, and self-defeating war. Thoroughly discredited by analysts on both the left and the right, the Afghan madness seems to bore liberals who once would have marched against Vietnam. I suggest they watch the brilliant new documentary “Hell and Back Again” to enhance their knowledge of the war’s casualties. The pitiful story of Marine sergeant Nathan Harris ought to make them furious at our commander in chief; shouldn’t it also spark an intra-party revolt?

I urge people who haven’t given up on politics to examine the career of Allard Lowenstein. Lowenstein founded the Dump Johnson movement in 1967 and, against all odds, persuaded Sen. Eugene McCarthy of Minnesota to launch a Democratic primary challenge against the incumbent president over the issue of Vietnam. His example, I hope, might inspire someone to challenge another Democratic incumbent who has forfeited the trust of the people.

You may say it’s too late, that Obama is impregnable. Consider Gene McCarthy’s obscurity on Nov. 30, 1967, when he announced his insurgent crusade. At the time, many Americans confused him with Sen. Joe McCarthy (R.-Wis.), the notorious communist hunter, and in January 1968 a Gallup poll showed him winning just 12 percent of the votes in a presidential election. But on March 12, McCarthy nearly beat Johnson in the New Hampshire primary. The opposition was galvanized, Robert Kennedy jumped into the race, LBJ announced he would not seek re-election, and American democracy was revived.

Granted, there are big differences between 1968 and 2012 — for one thing, there’s no military draft to frighten the young — but the great issues are the same: an immoral war and a merciless money power. Moreover, high unemployment and the dominance of Wall Street do frighten the young. They need a tribune.

In November 1967, before he announced his candidacy, McCarthy told an audience of college students, “There is deep anxiety and alienation among a large number of people. . . . Someone must give these groups entrance back into the political processes. We may lose, but at least in the process of fighting within the political framework, we’ll have reduced the alienation.” Two days later, in remarks that would have pertained just as well to the current Occupy Wall Street movement, he said, “Party unity is not a sufficient excuse for silence” and Vietnam was “not the kind of political controversy which should be left to a children’s crusade or to those not directly involved in politics. It should rather be taken up by adult political leaders and activists in America.”

Are there any adults left in the Democratic Party?

10 thoughts on “‘Deserves to be dumped’”