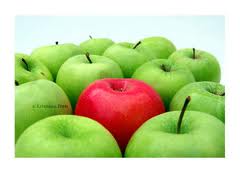 Found this interesting essay, inspired by Vaclav Havel, over at Slactivist. It’s written by Katy Scrogin:

As the sociologist Robert N. Bellah points out, in thinking about collective self-governance, Americans suffer from a language problem; the country was founded upon and reared on self-sufficiency and personal independence. Consequently, our habits of thought and terms of discourse have caused us to become unaccustomed—even unable—to thinking about collective life in any way but as a group of individuals, a group in which each member strives for individual autonomy and leaves the others to do the same for themselves. Bellah notes that this disposition amounts to “ontological individualism. That is, the self is the only real thing in the world. I am real. All of you are more or less fictitious.” Living according to such an outlook, “limited to a language of radical individual autonomy,” people “cannot think of themselves or others except as arbitrary centers of volition. They cannot express the fullness of being that is actually there.”[11]

The way in which many Americans envision the good life, then, not only entails neglect of others’ needs and desires, but it also involves being constantly on guard against potential constraints that may be placed upon us. True autonomy, we believe, is equivalent to freedom from anything that would make claims upon the individual. Demands are feared as encroachments upon our ability to direct our life as we desire. If we cannot successfully avoid such intrusions, we are obviously not fully independent, and hence, we are not worthy to be called individuals. Additionally, if people dare to ask others for assistance, such requests are not only seen as proof of the petitioners’ weakness, but they are also often interpreted as attempts by the petitioners to achieve their desires by piggybacking on the hard work of others instead of doing that work themselves. Absent here is the understanding that humans cannot act in isolation from each other and that interdependence contributes to the health, strength, and richness of individuals and societies.

The valorization of isolated autonomy is evident, for example, in cries against government welfare programs, immigrant amnesty, public health care, government regulation of business, and “socialism” in general.[12] People who take this perspective fear both that their material possessions will be decreased or taken away and that they will somehow be cheated if others receive assistance that they do not believe they require. This sense of ressentiment[13] may disguise the unacknowledged fear that if we accept the validity of social safety nets, we may have to make use of them at some point in our own lives, thereby compromising our independence. And people tend to mask this fear with the openly declared anxiety that, should such assistance to others continue, the country as we know it will become unrecognizable and that we will abandon our historical respect for individual freedom along with it. As has been especially evident in recent national conversations about health care and taxation, for example, some people who expect such outcomes attempt to avoid this destruction of individual freedom by broadcasting ill-informed pronouncements that are intended to instill equal levels of fear in others. As a result, policy discussions become confused and then stall as legislators attempt to separate fact from falsity and sometimes give in to their own fear of losing their jobs by backing away from contested issues.[14] Throughout this process, rhetoric becomes increasingly angry and accusatory, a situation which polarizes debates to an even greater degree and calls into doubt the belief that people of varying opinions are able to or even desirous of working or living together.

It’s much longer, go read all of it if you have the time.