Did you know there was a civil trial to determine who killed Martin Luther King Jr.? Neither did I. Imagine that. I wonder why the same media that covers any sensational trial ad nauseum didn’t bother to cover this one:

Dr. Martin Luther King’s family and his personal friend and attorney, William F. Pepper, won a civil trial that found US government agencies guilty in the wrongful death of Martin Luther King. The 1999 trial, King Family versus Jowers and Other Unknown Co-Conspirators, [70] is the only trial ever conducted on the assassination of Dr. King.

The King family’s attempts for a criminal trial were denied, as suspect James Ray’s recant of what he claimed was a false confession was denied. Mr. Ray said that his government-appointed attorney told him to sign a confession in order to receive a trial. When Mr. Ray discovered that his signature meant no trial, his and the King family’s subsequent requests were denied.

The US government also denied the King family’s requests for independent investigation of the assassination.

Therefore, and importantly, the US government has never presented any evidence subject to challenge that substantiates their claim that Mr. Ray assassinated Dr. King.

US corporate media did not cover the trial, interview the King family, and textbooks omit this information. Journalist and author, James Douglass: [71]

[…] The overwhelming evidence of government complicity introduced and agreed as comprehensively valid by the jury includes the 111th Military Intelligence Group were sent to Dr. King’s location, and that the usual police protection was pulled away just before the assassination. Military Intelligence set-up photographers on a roof of a fire station with a clear view to Dr. King’s balcony. 20th Special Forces Group had an 8-man sniper team at the assassination location on that day. 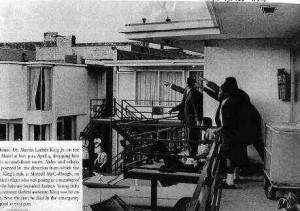 Memphis police ordered the scene where multiple witnesses reported as the source of shooting cut down of their bushes that would have hid a sniper team. Along with sanitizing a crime scene, police abandoned investigative procedure to interview witnesses who lived by the scene of the shooting.

Much more interesting information here. The site is from one of the two reporters who covered the trial.

5 thoughts on “Who really killed MLK?”