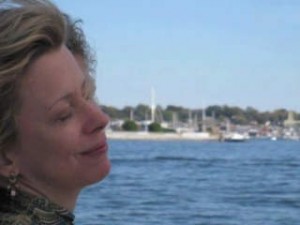 I noticed the big Healing Moment of Silence today was for 26 victims, not 27.

Well, she grew up on a farm. Guns are a big part of life in rural communities.

I do not presume to understand Nancy Lanza, and I will not judge her. I do know one thing: She did the best she could under difficult circumstances. I mean, you’ll notice Peter Lanza, Adam Lanza’s father, hadn’t seen him in two years. Sounds to me like he wrote a fat check and walked away from dealing with his troubled kid. (Not that I judge him, either. I don’t know what I would have done in a similar situation.) It’s just that somehow, it’s always the mother’s fault.

I don’t think I’m making an inaccurate generalization when I say that mothers are usually the ones left to deal with sick, handicapped or disturbed kids. They’re your blood, you gave birth to them. You’re the mother.

It doesn’t seem to have occurred to people that maybe she kept the guns because she was afraid of her kid. Mothers can’t say things like that, so we’ll never know.

For these and other reasons, I will not use the word “should” regarding Nancy Lanza. I have no idea what she “should” have done. I wish everyone would put down the weight of their judgement.

I just know that she was a mother, trying to do her best, and she was blown away by the son she was trying to help. May she rest in peace.