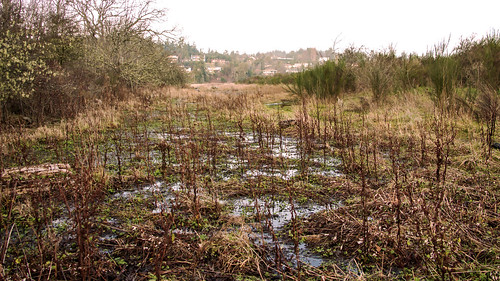 It’s been a long week in the Tinicum swamp. That crack in the roof of my shack that Swamp Rabbit fixed didn’t stay fixed very long, so I stole another bucket of epoxy and put him to work when the rain stopped. “If it ain’t the cold, it’s the rain,” the rabbit whined. Things could be worse, I told him. He could be Chris Christie, trying to patch leaks in the hot air balloon he was hoping to sail to the White House in 2016.

Christie, the prince of paypacks, is still desperately trying to convince people he’s not the jerk behind the jerks who caused major traffic problems in Fort Lee, N.J., whose mayor refused to endorse Christie for governor in 2013.

Good luck with that. The Fort Lee fiasco has focused attention on other people to whom bad things happened after they bumped up against Christie. In fact, it seems bad things happen to most people who don’t kowtow to the gov’ner. He often physically confronts perceived enemies, including women schoolteachers who are one-third his size.

But let’s face it: A lot of people have admired and voted for Christie precisely because he is a bully, adept at deflecting accusations of greed away from his corporate masters and onto regular people, especially teachers, firefighters, and other labor union members. It’s much easier to resent the guy up the street whose income is a bit higher than yours than it is resent billionaire fascists like Charles and David Koch who are genuinely ruining your life, but from a great distance.

And Christie got a lot of help from mainstream journalists, many of whom are instinctive ass-kissers, genuinely enthralled by the wielding of power and their proximity to those who wield it. Journalists like Joe Scarborough and Brit Hume, for example, who gush about politicians who talk tough and dumb down every issue of import. I read this piece from The Nation to Swamp Rabbit when he came down from the roof:

It didn’t matter that [Christie] lost $400 million of federal school funding, or unilaterally canceled a plan to build a commuter train tunnel connecting New Jersey and Manhattan and presented it falsely as a big savings for his state, or vetoed — five times —additional funding for family planning, directly causing six reproductive health centers to close. Christie has filled the place formerly occupied by John McCain: the straight-shooting Republican “maverick” (a maverick being a Republican who admits the earth is probably older than 10,000 years). It doesn’t matter what he actually did or said.

It didn’t matter, not even when Christie was accused of using “money that was intended for victims of [Hurricane] Sandy to promote himself in a series of TV ads.” It only started to matter when the Christie administration got caught in an act of retribution so mean-spirited that it wasn’t possible to justify Big Boy’s style of governance by calling him a “straight-shooter” or an old-fashioned practitioner of “hardball politics.”

There are many exceptions, of course, but what is it about people in the media — usually men — that compels them to kiss up to politicians who are inflexible and vindictive, and to equate these flaws with leadership qualities?

“I ain’t sure,” Swamp Rabbit shrugged. “Maybe Christie and them other blowhards remind them journalists of the guys they work for. Or maybe they just ain’t got no balls.”

Footnote: Notice Christie always makes sure he is flanked by a squad of cops when he confronts someone. What a maverick. What a man.

One thought on “Why mainstream media kissed up to Christie”