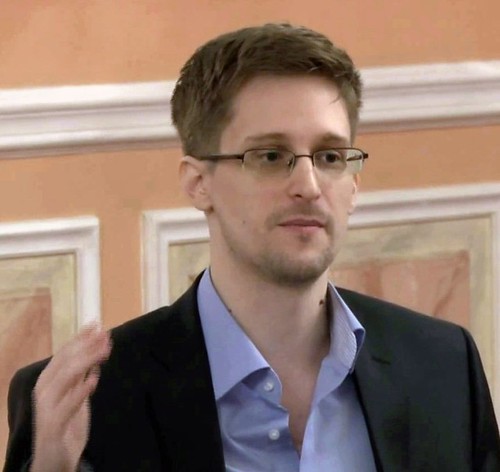 Sounds like they put a lot of thought into how to make it happen:

Edward Snowden has made some dangerous enemies. As the American intelligence community struggles to contain the public damage done by the former National Security Agency contractor’s revelations of mass domestic spying, intelligence operators have continued to seethe in very personal terms against the 30-year-old whistle-blower.

“In a world where I would not be restricted from killing an American, I personally would go and kill him myself,” a current NSA analyst told BuzzFeed. “A lot of people share this sentiment.”

“I would love to put a bullet in his head,” one Pentagon official, a former special forces officer, said bluntly. “I do not take pleasure in taking another human beings life, having to do it in uniform, but he is single-handedly the greatest traitor in American history.”

That violent hostility lies just beneath the surface of the domestic debate over NSA spying is still ongoing. Some members of Congress have hailed Snowden as a whistle-blower, the New York Times has called for clemency, and pundits regularly defend his actions on Sunday talk shows. In intelligence community circles, Snowden is considered a nothing short of a traitor in wartime.

“His name is cursed every day over here,” a defense contractor told BuzzFeed, speaking from an overseas intelligence collections base. “Most everyone I talk to says he needs to be tried and hung, forget the trial and just hang him.”

One Army intelligence officer even offered BuzzFeed a chillingly detailed fantasy.
“I think if we had the chance, we would end it very quickly,” he said. “Just casually walking on the streets of Moscow, coming back from buying his groceries. Going back to his flat and he is casually poked by a passerby. He thinks nothing of it at the time starts to feel a little woozy and thinks it’s a parasite from the local water. He goes home very innocently and next thing you know he dies in the shower.”

There is no indication that the United States has sought to take vengeance on Snowden, who is living in an undisclosed location in Russia without visible security measures, according to a recent Washington Post interview. And the intelligence operators who spoke to BuzzFeed on the condition of anonymity did not say they expected anyone to act on their desire for revenge. But their mood is widespread, people who regularly work with the intelligence community said.

“These guys are emoting how pissed they are,” Peter Singer, a cyber-security expert at the Brookings Institute. “Do you think people at the NSA would put a statue of him out front?”