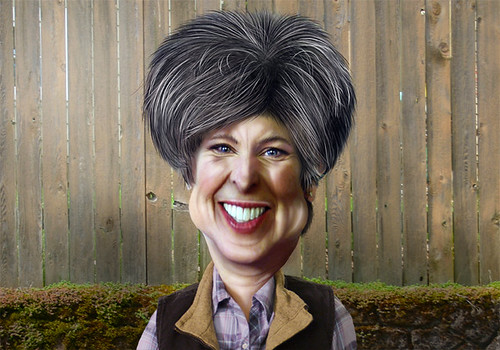 One that might keep her from becoming Iowa’s next Senator:

A construction company owned by GOP Iowa Senate candidate Joni Ernst’s father received more than $200,000 in county contracts while she served as auditor of Montgomery County, Iowa, despite a strict conflict of interest code governing the provision of contracts to family members of county officials.

A new review of records — as well as an analysis of the Code of Iowa — by Salon reveals that the nature of the contracts and how they were promulgated, may have violated relevant county standards.

Ernst is facing Democratic congressman Bruce Braley in a neck-and-neck race to succeed retiring Democratic Sen. Tom Harkin. Polls show it as too close to call (with several polls finding Ernst with a small lead). Given the volatility of several Senate races this cycle, this particular campaign could potentially help decide which party controls the Senate.

Ernst was elected Montgomery County auditor in 2004, serving in that role until her 2011 election to the state Senate seat she currently holds. Among the duties a county auditor “may perform,” according to the Iowa State Association of County Auditors, are issuing contract bid notices and soliciting and receiving contract proposals. Minutes from an April 2007 Montgomery County Supervisors meeting – printed in the Red Oak Express – note Ernst’s involvement in county contracts, stating that Ernst would “work [the] issue” of advertising bids for a roofing project in the county.

The Iowa Code lays out stringent conflict of interest standards for county contracts. Chapter 331 of the code stipulates that “[a]n officer or employee of a county shall not have an interest, direct, or indirect, in a contract with that county.” The provision appliesif 5 percent of a company’s outstanding stock is owned by either a county employee or an immediate family member – including a parent – of an employee.

One thought on “Joni Ernst seems to have a problem”