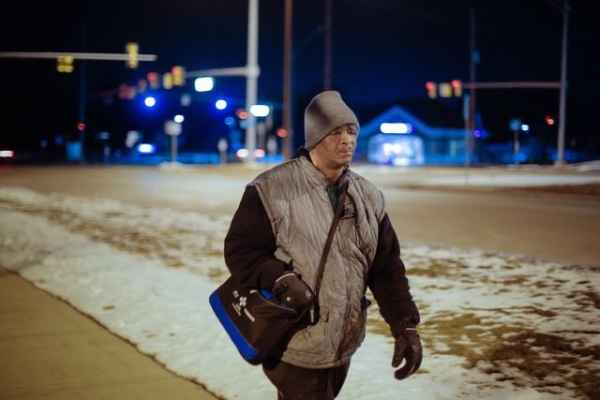 I know it’s predictable, but I love how willing people are to help an individual overcome obstacles:

After the Detroit Free Press published Robertson’s story, thousands responded on Facebook, asking how they could help. Evan Leedy, a student at Detroit’s Wayne State University, decided to set up a GoFundMe account to raise money for Robertson to buy a car.

Leedy told The Huffington Post in a phone call Monday he was inspired by Humans of New York photographer Brandon Stanton, who raised more than $1 million to send schoolkids from a crime-stricken neighborhood in Brooklyn on a trip to Harvard.

Initially, Leedy said, he didn’t even think anyone would donate. So he set the goal at a modest $5,000. In just one day, however, donations soared to nearly $50,000.

“This is obviously more than just a car now,” he told HuffPost. “It can turn into something way bigger than that. Maybe he could use this money to move out and move somewhere else … We’ve had a Chevy dealership as well as Honda corporate . Both want to donate a car to him. So he can use this money for whatever else he needs.”