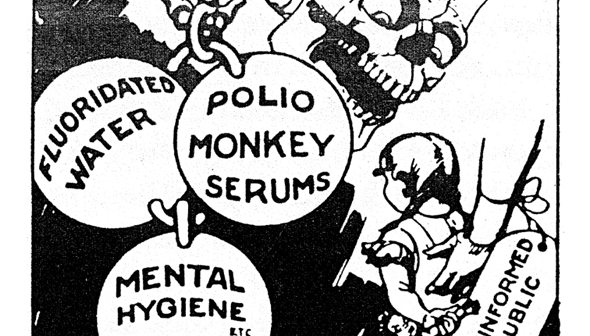 This was one of the big theories of the John Birch Society. They must have been right!

NEW YORK (AP) — The government is lowering the recommended amount of fluoride added to drinking water for the first time in more than 50 years.

Some people are getting too much fluoride because it is also now put in toothpaste, mouthwash and other products, health officials said Monday in announcing the change.

Too much fluoride has become a common cause of white splotches on teeth in children. One study found about 2 out of 5 adolescents had tooth streaking or spottiness.

Fluoride is a mineral in water and soil. About 70 years ago, scientists discovered that people whose drinking water naturally had more fluoride also had fewer cavities.

Since 1962, the government has been advising water systems to add fluoride to a level of 0.7 parts per million for warmer climates, where people drink more water, to 1.2 parts per million in cooler areas. The new standard is 0.7 everywhere.