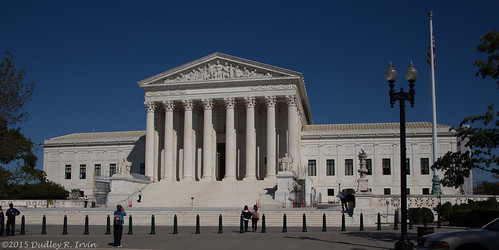 This is a significant part of our prison problem: People plead guilty because they don’t have the money to fight, even when they’re innocent. Gee, if only we fully funded the programs that provided free legal counsel to poor people, we might be able to do something for them other than a plea bargain:

Fifteen years ago, 19-year-old Joseph Buffey was arrested in downtown Clarksburg. He admitted during an interrogation to breaking into three businesses. Then he was interrogated for nine more hours, until nearly 4 a.m., his lawyers say, until he admitted to another crime — the robbery and rape of an 83-year-old woman.

A plea deal was later offered, but one that would soon expire.

His court-appointed lawyer told him to plead guilty to first-degree sexual assault, saying he wouldn’t get much more prison time than he would for the non-violent break-ins. So he did. He was sentenced to 70 years in prison.

What neither Buffey nor his lawyer knew at the time was that the State Police had completed a DNA test from the crime scene and had found the DNA of another man.

Buffey wasn’t told about the DNA test until nearly two years later, after he filed an appeal on his own behalf.

Earlier this year that other man identified by the DNA test, Adam Bowers, was convicted of the same rape, but Buffey remains in prison.

On Tuesday at 10 a.m., the West Virginia Supreme Court will hear Buffey’s case.

At question will be not only Buffey’s freedom, but a larger issue that has never been settled by either the U.S. Supreme Court or the West Virginia Supreme Court: Does a prosecutor have to hand over favorable evidence — like the DNA test — before a defendant decides to plead guilty?

“That legal issue is as important an unanswered question as there is in criminal procedure,” said Paul Shechtman, a former federal prosecutor and a professor at Columbia Law School.

Shechtman has led 30 former prosecutors, including 26 federal prosecutors — not normally a group prone to advocating for defendants — to write to the court on Buffey’s behalf.

“Joseph Buffey took a time-limited plea deal even as he protested his innocence,” the former prosecutors wrote. “His lawyer strongly recommended it, a recommendation that the lawyer would not have made had he known of [the DNA] results. The sad reality is that, on occasion, innocent people plead guilty thinking that the deck is stacked against them.”

One thought on “Justice or ‘just us’?”