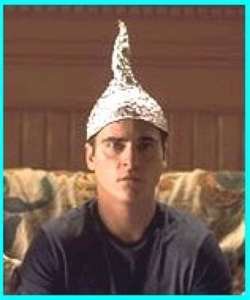 Adultery, divorce. I saw a pattern here, one that I found especially unwelcome because at the time I was recently engaged. Evidently, some callous algorithm was betting against my pending marriage and offering me an early exit. Had merely typing seduction into a search engine marked me as a rascal? Or was the formula more sophisticated? Could it be that my online choices in recent weeks—the travel guide to Berlin that I’d perused, the Porsche convertible I’d priced, the old girlfriend to whom I’d sent a virtual birthday card—indicated longings and frustrations that I was too deep in denial to acknowledge? When I later read that Facebook, through clever computerized detective work, could tell when two of its users were falling in love, I wondered whether Google might have similar powers. It struck me that the search engine might know more about my unconscious than I do—a possibility that would put it in a position not only to predict my behavior, but to manipulate it. Lose your privacy, lose your free will—a chilling thought.

Around the same time, I looked into changing my car-insurance policy. I learned that Progressive offered discounts to some drivers who agreed to fit their cars with a tracking device called Snapshot. That people ever took this deal astonished me. Time alone in my car, unobserved and unmolested, was sacred to me, an act of self-communion, and spoiling it for money felt heretical. I shared this opinion with a friend. “I don’t quite see the problem,” he replied. “Is there something you do in your car that you’re not proud of? Frankly, you sound a little paranoid.”

2 thoughts on “If you’re not paranoid”