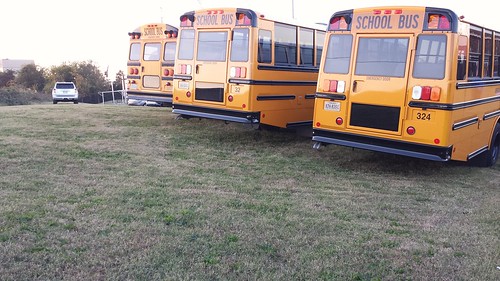 This is wild, right? Because until I read this, it never even occurred to me that bus drivers might be drunk!

New legislation has been introduced that would allow for any school bus drivers to be automatically charged with a Class I misdemeanor if they are found under the influence of or in the possession of any alcohol. Currently, a person can we charged with a DUI in Virginia if the person blows a 0.08 on a breathalyzer test. This proposed law is meant to provide an additional safeguard for Virginia students who rely on school buses and drivers for transportation.

This law was proposed after an incident with a school bus driver in Richmond. The police stopped the bus driver after they received a call of a reckless bus driver on the road. When police arrived at the scene, the bus driver was unable to pass a field sobriety test. Reports have suggested that the driver was laughing and borderline incoherent. Unfortunately, this is not the only DUI incident that has involved a bus driver in the Commonwealth of Virginia this year. Another driver who allegedly consumed one beer prior to a school bus route was initially charged with a DUI in Virginia for blowing a 0.03.

According to Michael Kiely, a DUI lawyer in Richmond, “the fact that the Commonwealth of Virginia is enforcing stricter DUI penalties on commercial drivers is nothing new. However, when the threshold for what counts as impairment is so low, the inherent inaccuracy present in breath testing devices may lead to false charges. If this bill passes, it’s possible that we may see more instances of individuals being charged as a result of false-positive breath readings due to the presence of substances like mouthwash and certain medications.”

The proposed school bus bill (HB 13503) passed unanimously within the subcommittee, and it is set to be presented to the full Committee for Courts and Justice. Advocates of the bill are hoping that the $2,500 fine and potential for jail time for up to a year will prevent bus drivers from making poor decisions prior to their scheduled routes.