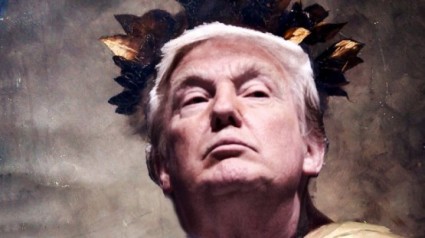 The New York Times newspaper seems to have screwed up all its courage and decided to call a spade a spade:

America has just lived through another presidential campaign week dominated by Donald Trump’s racist lies. Here’s a partial list of false statements: The United States is about to take in 250,000 Syrian refugees; African-Americans are responsible for most white homicides; and during the 9/11 attacks, “thousands and thousands” of people in an unnamed “Arab” community in New Jersey “were cheering as that building was coming down.”

In the Republican field, Mr. Trump has distinguished himself as fastest to dive to the bottom. If it’s a lie too vile to utter aloud, count on Mr. Trump to say it, often. It wins him airtime, and retweets through the roof.

This phenomenon is in fact nothing new. Politicians targeting minorities, foreigners or women have always existed in the culture. And every generation or so, at least one demagogue surfaces to fan those flames.

The Times editorial board then goes on to compare Trump quotes with those of Sen. Joseph McCarthy and George Wallace — just in case you missed their point:

Mr. Trump relies on social media to spread his views. This is convenient because there’s no need to respond to questions about his fabrications. That makes it imperative that other forms of media challenge him.

Instead, as Mr. Trump stays at the top of the Republican field, it’s become a full-time job just running down falsehoods like the phony crime statistics he tweeted, which came from a white supremacist group.

Yet Mr. Trump is regularly rewarded with free TV time, where he talks right over anyone challenging him, and doubles down when called out on his lies.

This isn’t about shutting off Mr. Trump’s bullhorn. His right to spew nonsense is protected by the Constitution, but the public doesn’t need to swallow it. History teaches that failing to hold a demagogue to account is a dangerous act. It’s no easy task for journalists to interrupt Mr. Trump with the facts, but it’s an important one.

Huh. So the Times seems to think that journalists only have to hold certain designated demagogues accountable. I suppose that means a public figure has to rise to the level of actual fascism before the media will feel compelled to do their job? Good to know.

One thought on “The NYT actually calls Trump a liar”