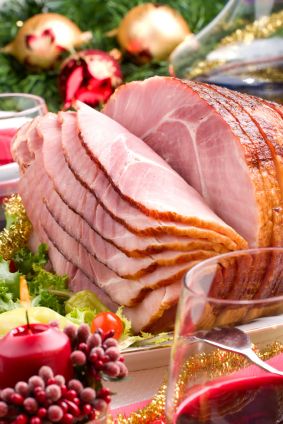 Anne Lamott asks what to do about despair:

After we got off the phone, I ate a few birthday chocolates. Then I asked God to help me be helpful. It was the first time that day that I felt my prayers were sent, and then received — like e-mail. I tried to cooperate with grace, which is to say, I did not turn on the TV. Instead, I drove to the market in silence, to buy my birthday dinner. I asked God to help me, again. The problem with God — or at any rate, one of the top five most annoying things about God — is that he or she rarely answers right away. It can be days, weeks. Some people seem to understand this — that life and change take time — but I am not one of those people. I’m an Instant Message type. It took decades for Bush to destroy the Iraqi army in three weeks. Chou En-Lai, when asked, “What do you think of the French Revolution,” paused for a minute, smoking incessantly, and replied, “Too soon to tell.”

But I prayed: help me.

I flirted with everyone in the store, especially the old people, and I lightened up. When the checker finished ringing up my items, she looked at my receipt and cried, “Hey! You’ve won a ham!”

I felt blind sided by the news. I had asked for help, not a ham. It was very disturbing. What on earth was I going to do with ten pounds of salty pink eraser? I rarely eat it. It makes you bloat.

“Wow,” I said. The checker was so excited about giving it to me that I pretended I was, too .

A bagger was dispatched to back of the store to get my ham. I stood waiting anxiously. I wanted to get home, so I could start caring for suffering people, or turn on CNN. I almost suggested that the checker award it to the next family who paid with food stamps. But for some reason, I waited. If God was giving me a ham, I’d be crazy not to receive it. Maybe it was the ham of God, who takes away the sins of the world.

I waited ten minutes for what I began to think of as “that fucking ham.” Finally the bag boy handed me a parcel the size of a cat. I put it with feigned cheer into my grocery cart, and walked to the car, trying to figure out who might need it. I thought about chucking it out the window near a field. I was so distracted that I crashed my cart smack into a slow-moving car in the parking lot.

I started to apologize, when I noticed that the car was a rusty wreck, and that an old friend was at the wheel. We got sober together a long time ago, and each had a son at the same time. She has dark black skin and processed hair the color of cooled tar.

“Happy birthday,” she said, and started crying. She looked drained and pinched, and after a moment, she pointed to the gas gauge of her car.”I dont have money for gas, or food. I’ve never asked for help from a friend since I got sober, but I’m asking you to help me.”

“Ive got money you can have,” I said.

“It’s not a handout,” I told her.”It’s my birthday present.” I thrust a bunch of money into her hand, all the money I had. Then I reached into my shopping cart and held out the ham to her like a clown doffing flowers. “Hey!” I said. “Do you and your kids like ham?”

She put it in the seat beside her, firmly, lovingly, as if she was about to strap it in. And she cried some more.

Later, thinking about her, I remembered the seasonal showers in the desert, how potholes in the rocks fill up with rain. When you look sometime later, there are already frogs in the water, and brine shrimp reproducing, like commas doing the Macarena; and it seems, but only seems, like you went from parched to overflow all in the blink of an eye.