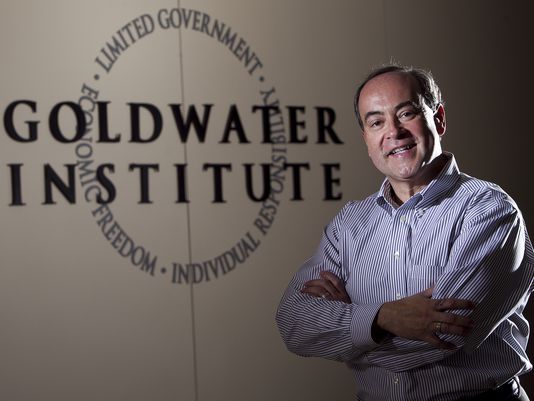 Much like what happened with global warming and the fossil fuel industry, powerful financial interests have been spending tons of money to con the public into thinking their lawless view of the Constitution is the correct one. Now the Arizona governor has put a libertarian wingnut who does just that on the state Supreme Court:

Bolick has litigated many cases to fight government regulation of all kinds. He strongly supports vouchers and charters. He defended vouchers in Wisconsin and Ohio.

One thought on “Dangerous wingnut appointed to AZ supreme court”