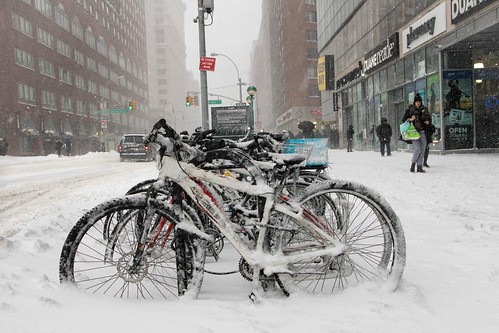 […]veteran meteorologist Paul Douglas who says his “jaw dropped” after looking at the storm data.

Among his reasons for amazement, he tells me, were the extraordinary snow fall amounts (“3 to 5 inches an hour” in many places) as well as “water temperatures in the Gulf Stream in the mid- to even upper-70s” in January, which, he says, is “at least 6-7 degrees warmer than average.”

“The warmer the water, the higher the water vapor above the Gulf Stream. There’s simply more water in the air, more fuel. This was the equivalent of pouring rocket fuel on a Bic lighter,” he explains. “It intensified into a ‘bomb’ that was able to suck all this additional Atlantic moisture inland, and hurl it at New York and Philly and Washington, and all points in between.”

Douglas, who is both a self-identified Republican and evangelical Christian, says this storm — and the many record storms we’ve witnessed over the past several years — adds still more evidence of a climate “on steroids,” thanks to the continued burning of fossil fuels.

“There’s little doubt in my mind that this storm was ‘juiced’,” he says. “We are conducting an experiment on not only the atmosphere, but the oceans, and hoping that everything turns out okay.”