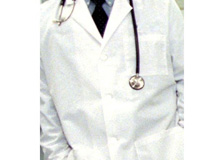 Tort reform is a widely debated issue in the US, with proponents calling for a strict reduction in the number of claims allowed and tight caps on monetary awards for plaintiffs. The goals are allegedly to reduce frivolous lawsuits and decrease non-economic damages that seem unreasonably high. In healthcare, proponents claim tort reform leads to lower healthcare costs because fewer diagnostic tests are ordered, and providers pay less for medical malpractice insurance – passing along the savings to patients.

Advocates of patients, on the other hand, indicate that malpractice insurance rates have rarely gone down even in some states with tort reform. And overall healthcare costs have also not decreased because physicians are not altering standard of care protocols.  Patient advocates assert that tort restrictions only decrease the healthcare provider’s accountability with no actual benefit to patients who have been injured by medical malpractice.

What do the studies show? Now that some level of medical tort reform has been implemented in some states, we can start to assess whether or not it has led to lower healthcare costs. Most analysts’ reports say no. In 2003, the Texas legislature passed tort reform laws that restricted physician and hospital liability in malpractice cases and made it more difficult for patients to bring lawsuits which were valid and had merit.

Advocates in Texas claimed healthcare costs would decrease because doctors would scale back on “defensive medicine” practices and order fewer unnecessary tests. However, a 2012 study by Northwestern University compared the state’s Medicare costs before and after reform. The study showed that not only did healthcare costs not decrease, but the number of doctor-ordered tests actually rose. An October 2014 New England Journal of Medicine study showed similar results.

Researchers studied emergency room statistics in Texas, Georgia, and South Carolina – three states that passed physician-friendly malpractice laws specifically intended to protect ER doctors. Researchers found no evidence of a reduction in CT scans or MRIs ordered or in hospital admittance rates.  They concluded that, “Legislation that substantially changed the malpractice standard for emergency physicians in three states had little effect on the intensity of practice, as measured by imaging rates, average charges, or hospital admission rates”.

The results of the studies are not surprising for two reasons:

According to attorney Larry Eisenberg, these points, more than fear of litigation, drive healthcare costs. “There is little evidence to show that tort reform has reduced healthcare costs. Physicians continue to practice defensive medicine, not only because it is profitable, but also because they generally want to offer their patients the best service using the most advanced diagnostic equipment available.”

What does this mean for patients? Medical tort reform is not in the best interest of patients. First, the alleged benefit of lowering healthcare costs is not panning out because physicians are still ordering the same number of tests. Second, and perhaps more importantly, patients who have legitimately suffered serious injuries and damages from medical malpractice and negligence of health care providers are left with limited recourse.

In states that have enacted strict tort laws, it is more difficult to proceed with a malpractice claim when physician negligence really has caused substantial harm. In the cases that do make it to Court, caps on economic and non-economic damages may make it impossible to recoup the appropriate amount of damages – medical bills, lost wages, future income, et cetera.  It appears that the insurance companies that insure doctors and their lobbyists have been successful in spreading propaganda that limiting lawsuits will somehow decrease malpractice premiums and medical care costs.

“This is nothing more than a slick marketing campaign to try and scare legislators and consumers that there is an ongoing malpractice crisis that justifies protecting health care providers.  The real truth is that the insurance companies are trying to justify their insurance policy increases at the expense of the patient who has suffered real injuries due to medical malpractice,” said Eisenberg.