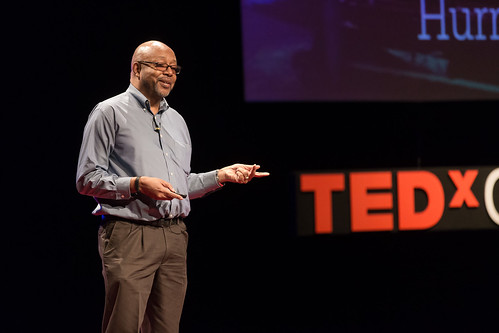 As a progressive, I see this a lot — mostly because most progressive activists aren’t working class and this not familiar with how indifferent the powers that be are to their well-being. Leonard Pitts:

To be white in America is to have been sold a bill of goods that there exists between you and people of color a gap of morality, behavior, intelligence and fundamental humanity. Forces of money and power have often used that perceived gap to con people like you into acting against their own self-interest.

In the Civil War, white men too poor to own slaves died in grotesque numbers to protect the “right” of a few plutocrats to continue that despicable practice. In the Industrial Revolution, white workers agitating for a living wage were kept in line by the threat that their jobs would be given to “Negroes.” In the Depression, white families mired in poverty were mollified by signs reading “Whites Only.”

You have to wonder what would happen if white people — particularly, those of modest means — ever saw that gap for the fiction it is? What if they ever realized you don’t need common color to reach common ground? What if all of us were less reflexive in using race as our prism, just because it’s handy?

Granted, there is a discussion to be had about how poverty is constructed in this country; the black poverty rate is higher than any other with the exception of Native Americans, and that’s no coincidence. But it’s equally true that, once you are poor, the array of slights and indignities to which you are subjected is remarkably consistent across that racial gap.

That fact should induce you — and all of us — to reconsider the de facto primacy we assign this arbitrary marker of identity. After all, 37 percent of the people in Flint are white.

But that’s done nothing to make their water clean.

One thought on “Race can be a distraction from class”