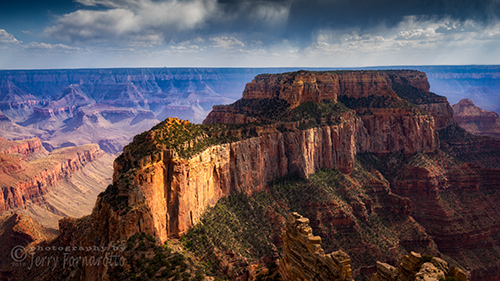 It will be so fun to see how President Trump handles the Bundy bunch at Gold Butte:

President Obama on Tuesday created new national monuments in a sacred tribal site in southeastern Utah and in a swath of Nevada desert, after years of political fights over the fate of the sites.

The designations further cement Obama’s environmental legacy as one of the most consequential — and contentious — in presidential history. He now has invoked his executive power to create national monuments 29 times during his tenure, establishing or expanding protections for more than 553 million acres of federal lands and waters.

Environmental groups have praised the conservation efforts, but critics say they amount to a federal land grab. Some worry that the new designations could fuel another armed protest by anti-government forces inspired by the Cliven Bundy family, such as the takeover of the Malheur National Wildlife Refuge in Oregon this year.

Obama’s newest designations include two sprawling Western landscapes that are under threat, yet also where local residents are deeply divided on how the land should be used.