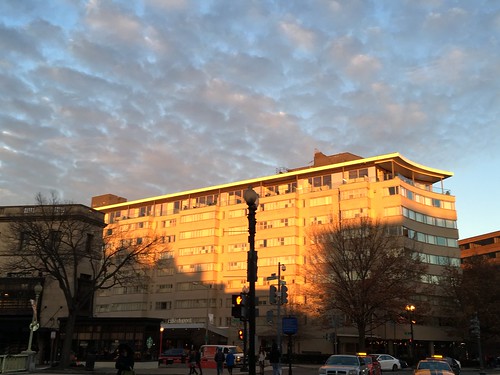 A lot of people never believed the original story, and now we find out the real deal from Buzzfeed:

The FBI possesses a secret report asserting that Vladimir Putin’s former media czar was beaten to death by hired thugs in Washington, DC — directly contradicting the US government’s official finding that Mikhail Lesin died by accident.

The report, according to four sources who have read all or parts of it, was written by the former British intelligence agent Christopher Steele, who also wrote the famous dossier alleging that Russia had been “cultivating, supporting and assisting” Donald Trump. The bureau received his report while it was helping the Washington, DC, Metropolitan Police Department investigate the Russian media baron’s death, the sources said.

[…] The BuzzFeed News series also revealed new details about Lesin — including that he died on the eve of a scheduled meeting with US Justice Department officials. They had planned to interview Lesin about the inner workings of RT, the Kremlin-funded network that he founded.

Lesin’s corpse was found in a Washington, DC, hotel room on the morning of Nov. 5, 2015. The coroner determined that he had died from blunt force injuries to the head and had also sustained blunt force injuries to his neck, torso, upper extremities, and lower extremities. After an 11-month investigation, a federal prosecutor announced in late 2016 that Lesin died alone in his room due to a series of drunken falls “after days of excessive consumption of alcohol.” His death was ruled an “accident,” with the coroner adding acute alcohol intoxication as a contributing cause of death, and prosecutors closed the case.