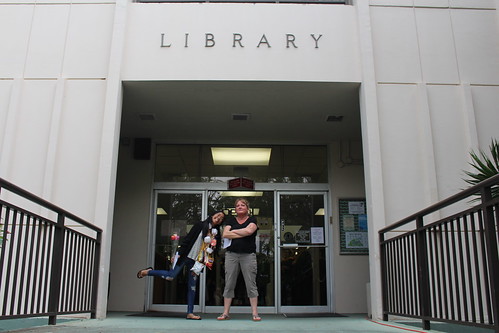 Title IX of the Education Amendments Act of 1972 is the federal law that has enabled thousands of victims of sexual assault to stand up against the colleges and universities that have essentially assaulted them a second time. The law reads:

“No person in the United States shall, on the basis of sex, be excluded from participation in, be denied the benefits of, or be subjected to discrimination under any education program or activity receiving Federal financial assistance.”

There are countless stories where students who were sexually assaulted are forced to see their attacker every day because of the policies of many educational institutions which fail to properly handle these cases. Title IX protects students from sexual discrimination in federally funded schools. The law requires that whenever any student has been sexually assaulted or harassed, then the school is required to not only ensure there is no recurrence, but also to address the effects the assault had on the victim. This includes responding to reports of sexual assault or retaliation and immediately implementing an investigation and adjudication process.

However, over the past several years, Title IX is now being used by students who say they were falsely accused of sexual assault and treated unfairly by the college or university they were attending. The results of many of these lawsuits which have been filed is that the men are receiving settlements, any disciplinary actions taken are being erased from their school records, and some plaintiffs have even returned to the school that expelled them.

Between 1991 through 2010, there only 15 of these types of Title IX lawsuits filed against schools, however, since 2011, that number of lawsuits has spiked to over 150.

This was also the year that the Obama Administration implemented loss of federal funding if schools did not comply with procedures that the Education Department Office for Civil Rights (OCR) came up with. Many criminal justice advocates have sharply criticized these procedures, pointing out that the accused is banned from any cross-examination of his accuser and rushing the process in such a way that makes it almost impossible for the accused to prepare a proper defense. Not only are schools instructed to judge an accused guilty by “preponderance of the evidence” instead of “clear and convincing evidence,” but if the accused is found innocent, the accuser can appeal the decision, which essentially amounts to double jeopardy.

These rules have resulted in hundreds – if not thousands – of false allegations and the lives of so many innocent students destroyed by the process.

In a discussion about this issue, Attorney Lichtman commented, “There are real victims who have sexually assaulted and real perpetrators who need to be punished. However, there needs to be major revisions to the rules that the OCR has in place. We hear story after story about young men whose futures have been crushed because someone falsely accused them of sexual assault. The law needs to recognize that these men are victims too.”