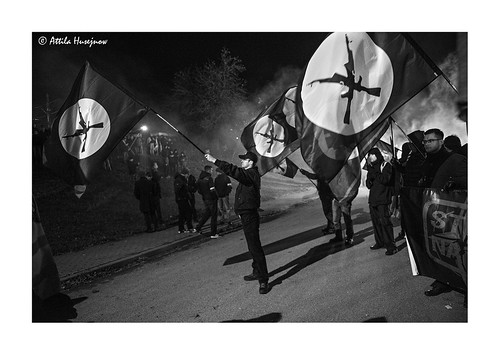 And by “conservatives,” he means right-wing white nationalists!

Richard Grenell, President Trump’s new ambassador to Germany, said in a new interview that he wants to “empower” conservative leaders in Europe.

“I absolutely want to empower other conservatives throughout Europe, other leaders,” Grenell told Breitbart. “I think there is a groundswell of conservative policies that are taking hold because of the failed policies of the left.”

“There are a lot of conservatives throughout Europe who have contacted me to say they are feeling there is a resurgence going on,” Grenell said. The ambassador said that Trump’s election empowered people to take on the “political class.” He also railed against the German media that has often been critical of the president.

“That’s a very powerful moment when you can grasp the ability to see past the group-think of a very small elitist crowd telling you you have no chance to win or you’ll never win, or they mock you early on.”

6 thoughts on “Now we encourage Nazis!”