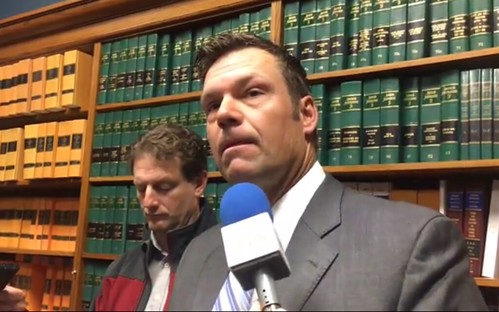 God, I despise these people:

In a 5-4 decision along party lines, the Supreme Court ruled Monday that Ohio can purge thousands of voters from its rolls, freeing fellow red states to follow suit ahead of the 2018 and 2020 elections. Critics have rightly observed that Husted v. Philip Randolph will disenfranchise innumerable minorities and low-income earners, and yet its potential harm to American democracy would probably pale in comparison with the Trump administration’s efforts to rig the 2020 census.

Last December, at the Justice Department’s behest, the Census Bureau was instructed to add a question to its decennial survey about its respondents’ citizenship status. When the move was announced in March, officials justified the decision as one necessary to “fully enforce” the Voting Rights Act of 1965. But as a new NPR release reveals, their true agenda was decidedly more insidious.

“[Kobach] told Ross that he was writing ‘at the direction of Steve Bannon’ and said it was ‘essential’ that the citizenship be added to the census,” notes Mother Jones’ Ari Berman. “Kobach wrote that the absence of a citizenship question ‘leads to the problem that aliens who do not actually ‘reside’ in the United States are still counted for congressional appointment purposes.’ “