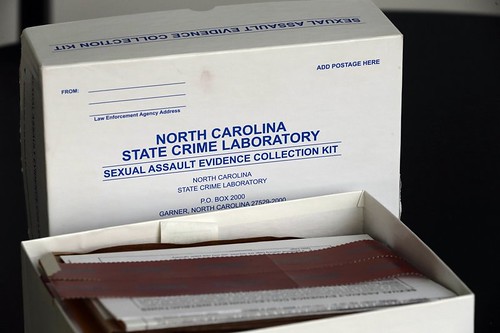 The state of California currently has a backlog of thousands of rape test kits, yet – despite that backlog – there are no plans for law enforcement agencies across the state to move forward to have these kits tested.

When a victim reports they have been raped, they will undergo a physical forensic examination during which evidence is collected which can help identify the victim’s attacker. The evidence is placed in a rape kit and the next step is for the law enforcement agency handling the investigation to have the kit tested for DNA and other information. The cost to test each kit runs between $500 to $1,500 per kit.

The problem is that there is nothing under California law which requires police agencies to test those kits, so instead of being used to identify and apprehend rapists, the kits sit in police and crime lab storage facilities, forgotten and untested.

There are several reasons identified as to why this backlog exists and continues to grow, including cases being cleared or solved without the testing. However, other reasons include testing low on law enforcement priority lists and the costs of the tests.

Whatever the reasons why, the results are the same – rapists are getting away with their sex crimes and victims aren’t receiving justice. In many cases, by the time the testing is done and the perpetrator identified, so much time has gone by that the statute of limitations for prosecution has expired.

Currently, almost 14,000 untested rape tests have been found in California, but the real number is unknown because police do not inventory the kits. Proposed legislation that would require mandatory tracking and testing of kits has failed multiple times due in great part because of pressure put on lawmakers by police lobbies, who cite budget and personnel restraints on local departments if a law was passed. There doesn’t appear to be any hope of passage for any of the current proposals in front of California lawmakers this year. One lawmaker has even submitted a bill which would allow California taxpayers to donate to a rape kit backlog fund on their tax returns.

In a discussion regarding the rape kit backlog, Sexual Assault Attorney Jo-Anna Nieves of The Nieves Law Firm, APC commented, “Timely processing of rape kits not only assists the prosecution and law enforcement in identifying serial rapists but can also contain exculpating evidence for those who have been falsely accused of a sexual assault. There are a number of instances where a defendant accepted a plea for fear of a harsher outcome or was wrongfully convicted after trial but then later exonerated based on evidence derived from an untested rape kit.  Access, transparency, and expeditious processing of evidence is needed for the criminal justice system to function fairly for every individual involved.”