Cannot get over how much easier police work is today than like 40 years ago. You get video of a crime and then google "keep the immigrants deport the racists tshirt" and then find your suspect's Etsy review. https://t.co/9wWrNXqJfc 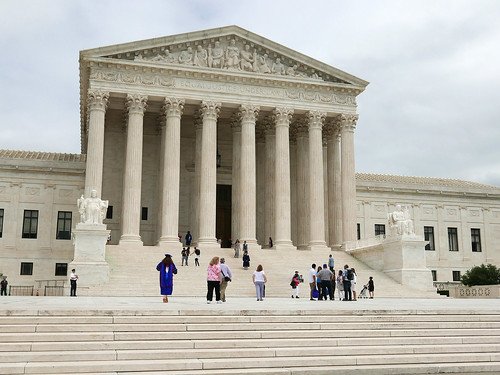 This will be interesting. Is it search and seizure? We’ll see:

The Supreme Court has agreed to decide how much privacy Americans are entitled to in cellphone tracking data that can reflect their location and movement.

The justices announced Monday that they will rule on whether a search warrant should be required before authorities obtain information from mobile-phone companies that can reflect a user’s approximate movements in the past. The method traces which phone tower a device was connected to and which set of antennas on the tower were used.

The case was brought by a man convicted in a string of armed robberies in Michigan based on “cell site location information” the FBI obtained with a court order, but without a warrant requiring probable cause. The Trump administration had urged the justices not to hear the case, which will likely be argued in the fall, but civil liberties and privacy advocates encouraged the court to take up the issue.

Lower courts have generally ruled that a warrant is not required for such data because it is voluntarily shared by users with third parties, namely the telephone companies. Critics say the precedents behind those decisions are outdated in light of the realities of life in the digital age. 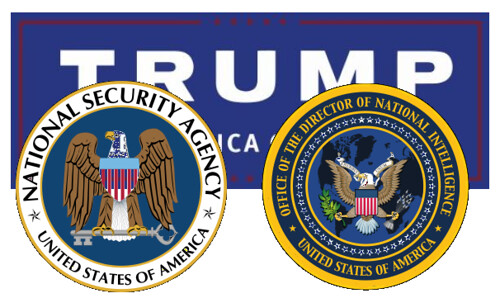 This week’s town hall event, which was broadcast to agency facilities worldwide, was therefore met with surprise and anticipation by the NSA workforce, and Rogers did not disappoint. I have spoken with several NSA officials who witnessed the director’s talk and I’m reporting their firsthand accounts, which corroborate each other, on condition of anonymity.

In his town hall talk, Rogers reportedly admitted that President Trump asked him to discredit the FBI and James Comey, which the admiral flatly refused to do. As Rogers explained, he informed the commander in chief, “I know you won’t like it, but I have to tell what I have seen”—a probable reference to specific intelligence establishing collusion between the Kremlin and Team Trump.

Rogers then added that such SIGINT exists, and it is damning. He stated, “There is no question that we [meaning NSA] have evidence of election involvement and questionable contacts with the Russians.” Although Rogers did not cite the specific intelligence he was referring to, agency officials with direct knowledge have informed me that DIRNSA was obviously referring to a series of SIGINT reports from 2016 based on intercepts of communications between known Russian intelligence officials and key members of Trump’s campaign, in which they discussed methods of damaging Hillary Clinton.

NSA employees walked out of the town hall impressed by the director’s forthright discussion of his interactions with the Trump administration, particularly with how Rogers insisted that he had no desire to “politicize” the situation beyond what the president has already done. America’s spies are unaccustomed to playing partisan politics as Trump has apparently asked them to do, and it appears that the White House’s ham-fisted effort to get NSA to attack the FBI and its credibility was a serious mistake.

It’s therefore high time for the House and Senate intelligence committees to invite Admiral Rogers to talk to them about what transpired with the White House. It’s evident that DIRNSA has something important to say. Since Mike Rogers is said to have kept notes of the president’s effort to enlist him in Trump’s personal war with the FBI, as any seasoned Beltway bureaucrat would do, his account ought to be impressively detailed. 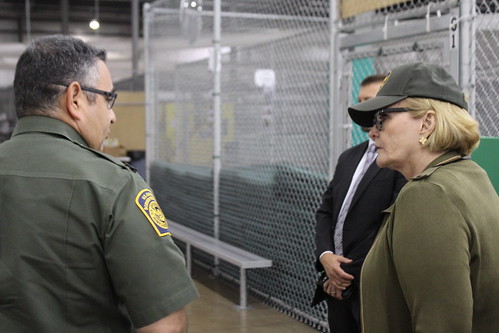 A NASA scientist heading home to the U.S. said he was detained in January at a Houston airport, where Customs and Border Protection officers pressured him for access to his work phone and its potentially sensitive contents. Last month, CPB agents checked the identification of passengers leaving a domestic flight at New York’s John F. Kennedy… END_OF_DOCUMENT_TOKEN_TO_BE_REPLACED

With their latest leaks, seemingly timed to help Donald Trump while he’s under fire:

The documents not only describe these programs in some detail, but also provide step-by-step instructions on how to create and install the software or devices. WikiLeaks’ introduction, which summarizes the gist of these documents, criticizes the CIA for creating these malware programs, noting that once they’re out in the world, they can spread and be exploited by other users, including criminals. The irony is that, by providing the working papers for these programs, WikiLeaks has made that task much easier.

Again, there is nothing in these documents, nothing even in the WikiLeaks introduction, to suggest that the CIA uses any of these devices to spy on American citizens. Assuming that is the case, there is nothing improper about any of these programs. This is what spy agencies do: They spy. And in an age when information is stored or transmitted on digital devices, they spy on those digital devices.

The WikiLeaks documents are likely to have three effects: They will blow legitimate U.S. cyberintelligence operations; they will instruct other spy agencies, criminals, and mischief-makers on how to do what the CIA does; and they will provide yet another propaganda victory for Russia.

At a moment when nearly everyone is criticizing Russia for hacking the U.S. presidential election, the Russians can point to these documents and say, “See? The Americans do this, too.” It’s true that U.S. intelligence agencies have been hacking for decades, longer than the Russians, Chinese, North Koreans, Israelis, French, and others have been hacking. The process described in these documents—implanting devices or malware inside consumer electronics, then triggering those devices or tracking the malware—is also nothing new.

This morning Senate Majority Leader Mitch McConnell shrugged off calls for a Select Committee to investigate intelligence agencies’ meddling in the election while reassuring everyone that he was sure North Carolina Senator Burr would convene an investigation via regular order. Calling the allegations of Russian meddling “disturbing,” McConnell said the intelligence panel should take the lead,… END_OF_DOCUMENT_TOKEN_TO_BE_REPLACED

This is a very important (and long) story that all of us should read:

Albright’s map also provides a clue to understanding the Google search results I found. What these rightwing news sites have done, he explains, is what most commercial websites try to do. They try to find the tricks that will move them up Google’s PageRank system. They try and “game” the algorithm. And what his map shows is how well they’re doing that.

That’s what my searches are showing too. That the right has colonised the digital space around these subjects – Muslims, women, Jews, the Holocaust, black people – far more effectively than the liberal left.

“It’s an information war,” says Albright. “That’s what I keep coming back to.”

But it’s where it goes from here that’s truly frightening. I ask him how it can be stopped. “I don’t know. I’m not sure it can be. It’s a network. It’s far more powerful than any one actor.”

So, it’s almost got a life of its own? “Yes, and it’s learning. Every day, it’s getting stronger.”

The more people who search for information about Jews, the more people will see links to hate sites, and the more they click on those links (very few people click on to the second page of results) the more traffic the sites will get, the more links they will accrue and the more authoritative they will appear. This is an entirely circular knowledge economy that has only one outcome: an amplification of the message. Jews are evil. Women are evil. Islam must be destroyed. Hitler was one of the good guys.