Every time I see his smug face on TV, I want to hit the screen with a hammer:

My favorite Iran-contra story? When the report was finished, it was pretty damning of Reagan and his minions. One of them had a brilliant idea: “We’ll write an executive summary that completely contradicts the findings! Reporters are lazy, they’ll never read the whole thing.” They were right. The only reporter who read it was I.F. Stone, and no one who mattered listened to him. 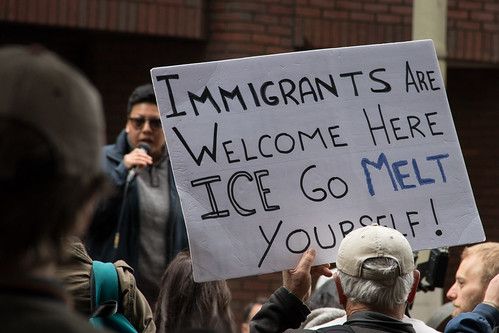 A public defender in McAllen says some migrants are told their kids are going to be taken away briefly to bathe, and then it dawns on them hours later they aren't coming back

Children are being punished, cruelly and mindlessly, for the perceived sins of their parents and, because we are a secular republic, it is not being done in the name of God but, rather, on the behalf of everybody in this country. That does not make this better. Not by a longshot.