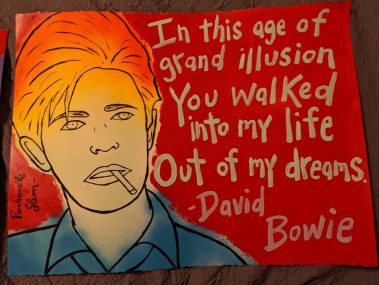 Trump's commerce secretary, Wilbur Ross, earned at least $53 million — and as much as $127 million — from private companies "while he was collecting a taxpayer salary and supposed to be looking out for the public instead of his own profits." https://t.co/MObP771eqW

Less than 1 single years worth of the fossil fuels industries subsidies $82 billion, is enough to resurface every mile of the nations 160,000 miles of interstate highway system

And your EV would charge as it goes, never needing to stop for fuel pic.twitter.com/QvLkw1J9ty

A man drove his truck into a Pride parade in Florida today, hitting at least two people, one of whom has died. Congresswoman Debbie Wasserman Schultz was at the event and reportedly narrowly avoided being hit. https://t.co/wlydI998B8

Several states—including Florida—have passed laws that try to make those who hit protesters with their cars immune from prosecution. https://t.co/KJ6czqOsiJ

“The program creates the false appearance of progress when in fact it makes the climate problem worse.”https://t.co/eTZYf5kd3k

So the people who rightly criticize him are just mad because he’s not on their side. (You know, truth and facts.)

Chuck Todd on whether the Sunday shows should refuse to book election denialists: "You don’t know when somebody you think deserves to be banned is suddenly somebody that you’ve got to deal with. Because you may not like them, but they have the power." https://t.co/FLWgPk58a5

My beliefs are that journalists shouldn’t see politics as a game or treat elections as horse races, and that they should challenge politicians on their claims rather than acting as a dimwitted stenographer, so yes, I am upset @chucktodd never puts my beliefs into action. https://t.co/k1tPDW5S3y