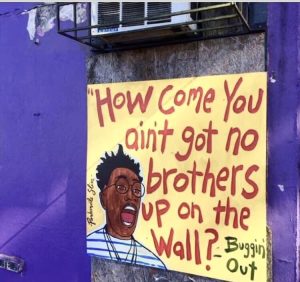 Unannounced drills like these are traumatizing given that shootings regularly occur on school campuses. Going into lockdown and not knowing whether you’ll survive the school day is a terrifying experience that no student should have to go through. https://t.co/pmF0iNsRbY

Me: No serial killer would ever lure me into their murder van. I'm too smart for that.

The group ‘White Lives Matter Ohio’ is out a couple blocks from the church, with some doing Sieg Heil salutes in Columbus pic.twitter.com/gbj4zgydo8

Sheriffs reporting power stations in Moore County, NC were shot-up, causing thousands to lose power. Far-Right activist Emily Rainey, who took part in J6, posted on social media, "I know why," tagged a theater that was to host a drag show + said she'd been visited by police. pic.twitter.com/yudzzA8yMy

"Chief Mike Cameron told the local news…substations had been damaged by gunfire. The sheriff did not suggest what the motive might be, but a local conservative activist who organized a protest against a drag show said…that she was visited by deputies." https://t.co/88YB5oXhIi

“State Superintendent Joy Hofmeister, though, appeared stunned when she learned during an interview that lawmakers had stripped the college degree requirement for permanent teachers. She whispered “Oh my God!” under her breath.”

Bravo to Stephanopoulos for making this craven cipher accountable for his party's leader. This is how it's done. Watch this emptyburger squirm when pressed. And note how Stephanopoulos insists on the final footnote. https://t.co/Mj98WjceeU

Iran's attorney general says the government has abolished the "morality police," who enforce hated rules on hijab (although others also enforce the rules). That would be a major concession, but it's not the end of dictatorship that many protesters seek. https://t.co/FywtAzT6ku

Iran disbanded its morality police and is considering altering the requirement that women cover their heads in public, Iran's attorney general said https://t.co/ezLvotXOJE