From one of the Parkland shooting survivors, an inspiring story:

Incase you didn’t know I am one of the organizers for #RoadToChange and we are currently traveling through TX organizing youth meetings, rallies and town halls.

These counter protests at our events are incredibly invited because they allow us to clarify our message. https://t.co/ng6bx9sMr0

In Dallas the Facebook event for the protest of us had a few hundred people RSVP’d — there were around 20 people standing outside open carrying in protest… When I first walked up I was being harassed by a few protestors.. but one man in a red hat approached me peacefully… pic.twitter.com/ddrbVe21fR

The protester asked about David, reiterating NRA talking points and conservative slander of him, but only a few sentences into how he felt about David. @davidhogg111 walks up and joins the conversation… The protester is smiling so big and shakes David’s hand.. convo continues..

Protestor: “Mr. Hogg are you anti-gun?”

David: “No, I come from a family of gun owners.”

The other protestors see us talking..

The protestors approach us with their phones out.

Some of them had guns larger than they were — others had hand guns on their holsters.

We then had a 90 minute conversation with “the most pro-2A group in Texas.”

As the conversation with the group began — some of the more angry protestors were aggressive with their disagreement of our policy. Then we broke it down… We explained step by step, reason by reason why this policy would save lives — Most of them agreed.

They didn’t believe Trump received 30 million dollars from the NRA (he did.)

They didn’t believe that arming teachers is a bad idea.

They did say there are better moves we can make besides arming teachers to improve safety.

They did agree this issue goes beyond schools.

A powerful moment was a woman — probably 5ft tall — with a gun larger than her speaking about her grandkids.

She said she feels more comfortable if she knows they’re being protected by armed guards.

We spoke about Santa Fe having armed guards, a plan and 20 people were shot.

We spoke on the false sense of security that adding firearms does for people — Vegas has plenty of people ready to respond… hundreds were shot and killed.

Adding guns is a sales pitch not a safety pitch.

If we really want safety we need these common sense reforms.

We AGREED on ALL of these.

The man in the red hat that started the peaceful conversation ended the unofficial town hall with an incredibly powerful moment.

Through his sunglasses we could see tears building up… He gave us hugs and said something I’ll never forget. pic.twitter.com/4KGow2D46M

This armed protestor who thought he would spend his Saturday afternoon disrupting our town hall, learned so much that he ended by saying through tears: “This is the most American thing I’ve ever done… Thank you so much for helping us understand.”

The Joint Committee on Judiciary for the state of Connecticut voted on multiple gun bills on April 3. The vote came after hours of debate on all of the bills present in front of the committee. The committee voted to push bills that would regulate bump stock ammunition and ghost guns towards the full legislature of the state. The bump stock bill moved forward with a vote of 36-5. The vote to advance the ghost gun bill came in at 25-16.

Connecticut Governor Dannel Malloy has spoken in favor of legislation regulating bump stock ammunition and ghost guns. He called the vote in favor of moving these bills forward to the full legislature ‘common sense.’

Bump stocks helps to enhance a semi-automatic weapon’s rate of fire. It was used by the shooter at the Las Vegas concert that killed 58 people. Ghost guns are guns that are built using kits. The parts are bought online and do not have serial numbers on them, making them harder to track by law enforcement and other agencies. Ghost guns can be purchased without a background check or license.

Connecticut can become the sixth state to ban bump stock devices if the bill passes in the General Assembly.

“Mass shootings have taken over the news the past handful of years all across the country,” Peter G. Billings, of Billings & Barrett, said. “Being in possession of a bump stock device or a ghost gun could put you behind bars for quite a long time. Learn the gun laws before deciding to purchase a firearm so you can protect yourself from possible charges.”

The debate over these two bills took place on March 23 and lasted for more than 10 hours. Written testimony from 300 people was submitted. Testimony was also given by advocacy groups whose sole focus does not center around gun control, including the Connecticut Voices for Children.

Both bills were heavily debated, with opposition to the ban on ghost guns receiving the most heated debate. Most who spoke out against the ghost gun bill were concerned with the ambiguity of the language used in the bill presented to the Joint Committee on Judiciary.

It’s not usually cops who want everyone to have guns — for obvious reasons:

Houston Police Chief Art Acevedo said on Sunday that voters need to use the ballot box to achieve change on gun control in the wake of the deadly shooting at a Santa Fe high school last week.

“People at the state level and the federal level in too many places in our country are not doing anything other than offering prayers,” Acevedo told CBS’s Margaret Brennan on “Face the Nation.”

“We need to start using the ballot box and ballot initiatives to take the matters out of the hands of people that are doing nothing that are elected into the hands of the people to see that the will of the people in this country is actually carried out,” he added.

Acevedo aired his frustrations on Facebook on Saturday over the Santa Fe shooting. 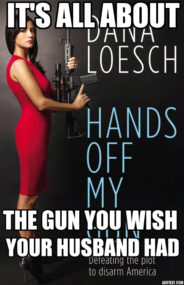 NRA spokesperson Dana Loesch on Thursday blasted the March for Our Lives student walkout and insisted that nearly everyone except the NRA was to blame for the mass shooting in Parkland, Florida. During an appearance on Fox & Friends, Loesch asserted that she would not attack “anyone” for expressing their First Amendment right to free speech,… END_OF_DOCUMENT_TOKEN_TO_BE_REPLACED

Student speaks in front of the U.S. Capitol on #NationalWalkoutDay: “Their right to own an assault rifle does not outweigh our right to live. The adults have failed us. This is in our hands now, and if any elected official gets in our way, we will vote them out.” pic.twitter.com/VEdAcLnuOI

This should scare Republicans as much as last night’s election. These kids are forming their political DNA right in front of us and it’s not good for the GOP. This morning students across the country walked out of classrooms and marched in streets to protest a lack of governmental action against gun violence. The #NeverAgain movement… END_OF_DOCUMENT_TOKEN_TO_BE_REPLACED 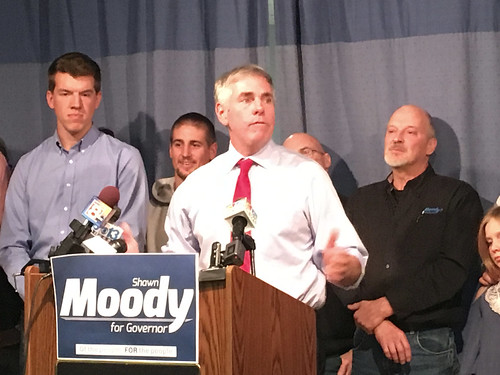 A leading Republican contender running to be the next governor of Maine offered the dumbest idea ever to stop mass shootings. If a teacher encounters a madman with an AR-15 who just opened fire, just clock the guy over the head with a fire extinguisher. END_OF_DOCUMENT_TOKEN_TO_BE_REPLACED

Survivors of the school shooting in Florida are calling for a march on Washington to demand action on gun control. "People are saying that it’s not time to talk about gun control, and we can respect that. Here’s a time: March 24, in every single city." https://t.co/ObmdZo67La pic.twitter.com/qaJfAZy99k

Students who survived a mass shooting at their Florida school on Sunday announced plans to march on Washington in a bid to “shame” lawmakers into reforming laws that make powerful firearms readily available. END_OF_DOCUMENT_TOKEN_TO_BE_REPLACED

Where would we be without the right to bear arms and pretend we’re homesteaders, defending our sod houses and log cabins against surprise attacks by West Indians and gangsta rappers? More here.