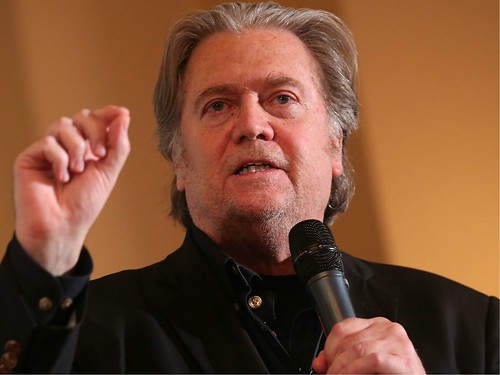 Donald Trump’s former chief of staff is planning to set up a foundation in Brussels to support right-wing, anti-establishment groups in the run-up to the European Parliament election.

Steve Bannon said in a wide-ranging interview with the Daily Beast that he wants to unite powers on the right end of the political spectrum.

“Everybody agrees that next [European Parliament election in] May is hugely important, that this is the real first Continent-wide face-off between populism and the party of Davos,” Bannon said in the interview. “This will be an enormously important moment for Europe.”

The organization — to be called The Movement — would serve as a central source of polling, advice on messaging, data targeting, and think-tank research, the Daily Beast reported. It would be based in Brussels and initially have a handful of full-time staffers to support populist and right-wing parties across Europe.