Yep, this is what the right wing Beckians are up to these days.

That, and planning an armed march on Washington – on April 19th, a favorite of extremists because in addition to being the date of the first shots fired at Lexington in the Revolutionary War, it’s also the anniversary of the last day of the government siege in Waco and the 1995 Oklahoma City bombing. No threat there, though! 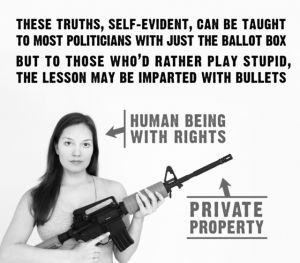 6 thoughts on “Don’t Make Me Shoot You”