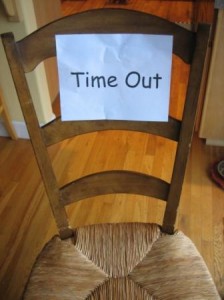 Translation: “But because you’re white college grads and one of you is fortunate enough to the offspring of a U.S. Attorney, we’ll just slap you on the wrists, send you to nuisance court and call it a day. Since I called this an ‘extremely serious crime’ and made an Extremely Serious Face, no one can accuse me of favorable treatment.”

Doesn’t seem quite enough, considering what we’ve seen from James O’Keefe to date:

NEW ORLEANS (AP) — A federal judge had strong words for four conservative activists who initially were accused of trying to tamper with the phones in Sen. Mary Landrieu’s New Orleans office, but ruled the misdemeanor charges against them can be resolved before a magistrate instead of a judge.

U.S. District Judge Stanwood Duval Jr. said Wednesday he isn’t exercising his right to hear the case even though the four defendants are charged with an “extremely serious” crime involving a security breach at a federal building.

“Deception is alleged to have been used by the defendants to achieve their purposes which in and of itself is unconscionable,” Duval wrote. “Perceived righteousness of a cause does not justify nefarious and potentially dangerous actions.”

James O’Keefe, Stan Dai, Joseph Basel and Robert Flanagan are scheduled to appear before Magistrate Daniel Knowles III on May 26 for arraignments on misdemeanor charges of entering a federal building under false pretenses. Duval said he has reviewed their plea agreements.

4 thoughts on “Sent To The Naughty Chair”