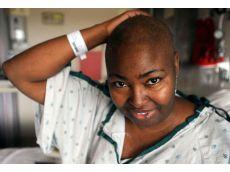 Via the Denver Post, a story that will surely warm the hearts of insurance executives and stockholders everywhere!

La Rosa Carrington has more than enough to worry about. She’s a single mother with two teenage daughters, she’s fighting a type of leukemia that requires five days of chemo a month for four months, and she lost her job in May.

So the last thing she needed was news that her health insurance benefits would be terminated because she hadn’t paid her premium in full. The shortfall? One penny.

“My medical bills are coming in like locusts, and you’re holding up my benefits because of one red cent?” an incredulous Carrington said from her hospital bed last week as she recalled her conversation with a customer service rep at Discovery Benefits, an employee benefits administrator based in North Dakota.

Carrington then asked to speak to a supervisor, who reiterated the company’s policy and wouldn’t budge on the penny. Carrington also threatened to take her case to the media, and that’s why she thinks the supervisor called her back with some good news: The supervisor had pulled out her own calculator, done the math — and determined that Carrington was correct.

4 thoughts on “One Cent”