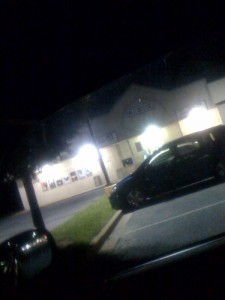 Because it was raining, I decided to ignore the horrendous reviews and went to see “Eat Pray Love” last week (a 40-mile round trip, out there in the Eastern Shore boonies) and was glad I did.

What I noticed about the reviews was how many of them attacked the movie on the basis of the book — a book, the reviewers took great pains to point out, they hadn’t actually read. And I noticed several feminist blogs took great delight in savaging both the book and the movie — while admitting they hadn’t read the book, nor seen the movie.

It was all very meta. Apparently they were reviewing it on the basis of the reviews, and were scornful of Gilbert’s success, and the fact that she appeared on Oprah. The feminist blogs I’d seen kept saying Gilbert was a white woman of privilege, and the book was not to be taken seriously — even though the writers had only “scanned it briefly.” (I took no small glee in the fact that white female PhDs were the ones attacking Gilbert on the basis of white privilege. I like to think I’m a little more sensitive than most to this issue, but apparently not. But I digress!)

They even called her a no-talent hack — the person who’s written one of the best debut novels ever.

Anyway, so I drove to the Chestertown 5 and there were many middle-aged and elderly women there for the show. I did see one middle-aged married couple go in, and the husband looked angry.

I was surprised at how much I liked it. For once, Julia Roberts manages to control her patented mannerisms and act pretty much like a normal person. And the movie captures the charming humor and downright goofiness of Gilbert’s narrative voice.

It could have been better edited. I suspect the movie was a lot longer, because the transitions between Italy, India and Bali are a lot more abrupt then they were in the book, and the character of David is kind of a blur, but it’s only a small complaint.

When the movie let out, I saw that married couple again. (They were parked next to me.) She was smiling and talking about how much she liked the movie, and he cut her off with, “It was one cliche after another. And all those beautiful locations! Is that real life for anyone?” She looked at him like he’d slapped her.

So while I was sitting there in the parking lot, I took advantage of a clear cell signal to call my friend Somegirl, who’d also loved the book. “Why are people so damned hostile toward this?” I asked. She said she thought some of them were jealous.

Plus, I can say this with some confidence: People who have never been on a spiritual journey simply can’t understand the point, will denigrate the very idea, and will even attack anyone who acts as if it’s worthwhile. It’s just one of those things.

So if you’re one of those people, you probably won’t like this movie, just on general principles. But if you’re not, and you’re on that path, too, I suspect you’ll like it. I did.